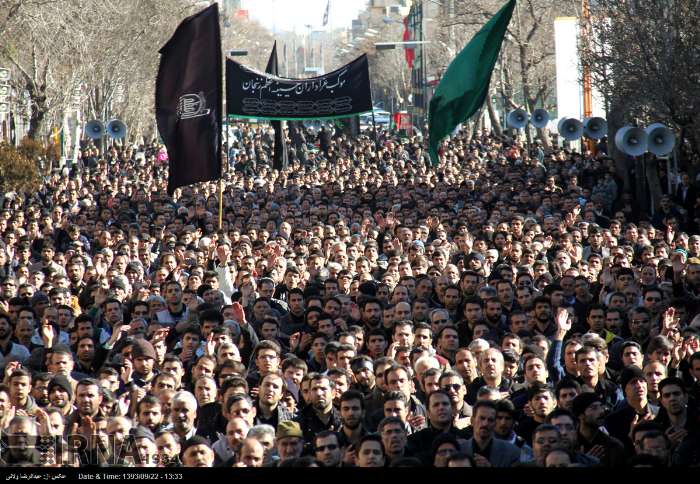 Tehran, December 6, The Iran Project – Massive participation of Iranians in Arbaeen march both in Iraq and Iran, mourning rituals of Iranian Muslims across the country, Hungarian Prime Minister visit to Iran and meeting with the country’s senior officials dominated Iran’s media outlets in the past week (Nov.30-Dec.6).

Deputy for Communication and Information at Presidential Office Parviz Esmaeli said on Tuesday that the visiting Hungarian Prime Minister Viktor Orban in his meeting with President Hassan Rouhani gifted him a 175-year old ancient map.

The UN nuclear monitoring body says it has found no indications of diversion of nuclear material related to possible military dimensions (PMD) in Iran’s nuclear program.

Iran-G5+1 begin new round of talks in Vienna

New round of talks began in joint JCPOA Commission in the level of experts here since Thursday morning.

Russia and Iran, on Wednesday, agreed to continue cooperation in providing technical services for the Bushehr nuclear power plant.

Iranian and Hungarian officials on Monday inked several documents on cooperation in various areas including economy and tourism.

US Secretary of Energy Ernest Moniz underlined that there are no concerns about Iran’s activities in relation to nuclear weapons or activities in the fuel cycle within the framework of nuclear agreement with the world powers.

The 168th OPEC meeting kicked off in the Austrian capital, Vienna, on Friday.

Head of Tehran Chamber Of Commerce has announced the government plan to issue visas for foreign businessmen on their arrival at Imam Khomeini International Airport (IKA) to facilitate their visit and activity.

A warship and two naval aircraft rejoined the Iranian Navy on Tuesday after undergoing fundamental repairs by the local experts.

The Iranian Navy’s 37th flotilla of warships started its overseas mission in the international waters on Tuesday.

Iran to repel any movement to insecure borders: Army commander

Lieutenant Commander of the Iranian Army’s Ground Forces Brigadier General Kiumars Heidari announced that the force will nip in the bud any anti-security movements near the country’s borders.

Veteran actress and the first female filmmaker in the history of Iran cinema Shahla Riahi, was honored in a ceremony at Charsou Cineplex in Tehran on Sunday.

Millions of Iranians nationwide are holding mourning rituals on Arbaeen, which marks the 40th day after the martyrdom anniversary of Imam Hussein (AS) on Wednesday.

Mustafa Scientific Prize to rival Noble in near future

Mousa Reza Servati, member of Plan and Budget and Audit Committee of Iran, claimed that Mustafa (PBUH) Prize, a $500,000 award in science and technology, will have an impressive impact, calling it a rival for Noble Prize in the Islamic world.

Iran men’s national soccer team has plunged two spots in the latest edition of the Fédération Internationale de Football Association (FIFA) rankings to land in the 45th spot in the world.

Adviser to Leader of the Islamic Revolution has told Seyed Hassan Nasrallah of Lebanon that Iran, Russia, and Hezbollah secured recent success in the region through valiant resistance.

Iraqi minister of transport announced that the number of pilgrims attending the mourning rituals of Arbaeen in the Arab country has passed 26 million, and is still rising.

An apparent firebombing of a nightclub in the Egyptian capital, Cairo, has claimed at least 12 lives, security officials report. Earlier reports said 18 people had been killed.

The mayor and governor of Iraq’s holy city of Karbala and governor-general of Karbala province expressed their gratitude to Tehran Municipality for providing good services to the pilgrims visiting the city during this year’s Arbaeen.

US reaction to Daesh oil transfer to Turkey ‘theater of absurd’

Russia has blamed the US for attempts to cover up the smuggling of illicit oil into Turkey from the Syrian territory under the occupation of Daesh terrorists after Washington’s claims that the amount of such oil transfers is negligible.