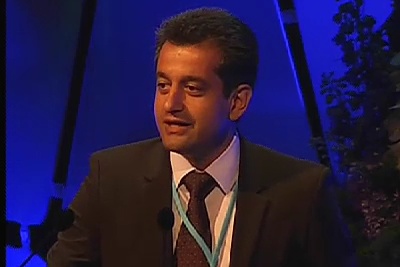 German President Joachim Gauck presented the award in Berlin, which is endowed with a grant worth 250,000 euros ($ 266,000). The “Deutscher Zukunftspreis” is one of the most prestigious awards in Germany’s scientific community.

A team of medical scientists, Professor Ghofrani, pharmacologist Stasch, and Dr Frey, has been presented with a prestigious German award for technology and innovation. The medication they conceived has been hailed a game changer in pulmonary hypertension.

The “Deutscher Zukunftspreis” was awarded to a group of scientists who had created a breakthrough drug to combat pulmonary hypertension. The winning team was comprised of pharmaceutical researchers from the Justus-Liebig-University in the city of Giessen and Bayer Pharma in Wuppertal.

The researchers were up against considerable competition for the so-called “future award”, with the runner-ups including a team of scientists attached to Airbus, who invented a method of 3D-printing for spare parts on airplane and a group of scientists at Infineon working on technology to avert car accidents. On its website, the Zukunftspreis says that the “nomination alone and inclusion in the ‘circle of the best’ honors an outstanding innovation.”

The medication developed by the winners has been approved for usage in 50 countries, saving many from the life threatening consequences of high blood pressure in the lungs, which used to carry a death sentence. The new drug has saved the lives of patients, who did not have any remedy to their condition. Some have even managed to fully get back to their previous lives while others have observed a significant improvement in their symptoms.

Since pulmonary hypertension is a chronic condition, patients will have to take the new drug continually in order to keep the disease in check.

Team leader Ardeschir Ghofrani explained the mechanism of the drug as “a new family of medication altogether,” using a phenomenon at the molecular level of the active agent not observed elsewhere in nature.

Ghofrani added that receiving the award was “an incredible motivation boost.”

The coveted award does not solely take the value of advances made in science into consideration but also examines the marketability of the inventions it endorses.