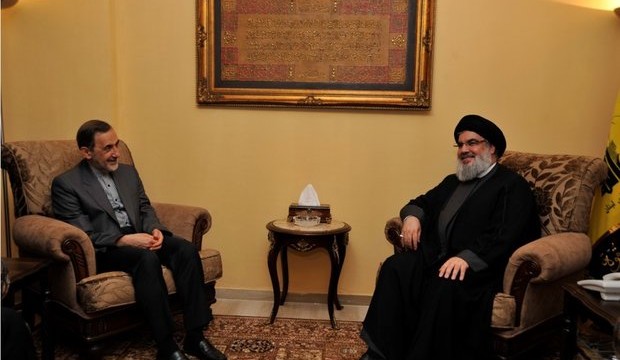 TEHRAN, Dec. 01 (MNA) – Adviser to Leader of the Islamic Revolution has told Seyed Hassan Nasrallah of Lebanon that Iran, Russia, and Hezbollah secured recent success in the region through valiant resistance.

Ali Akbar Velayati who is visiting Lebanon during his tour of the region, was received by Seyed Hassan Nasrallah on Tuesday. Both sides discussed regional developments especially on Syrian crisis and the prospect of positive change in the region in the near future.

Velayati believed that recent changes in the architecture of frontlines which brought about victory for resistance were for the excellent performance by Iran, Russia, Syrian government and people, Hezbollah of Lebanon; “we hope to see even further success for this coalition; definitely, the dream of annihilation of conspiracies of Takfirist terrorists and their supporters will one day be fulfilled,” he told his host Seyed Hassan Nasrallah, who provided a report of the current situation on the field in Syria to the meeting along discussion of other regional issues.