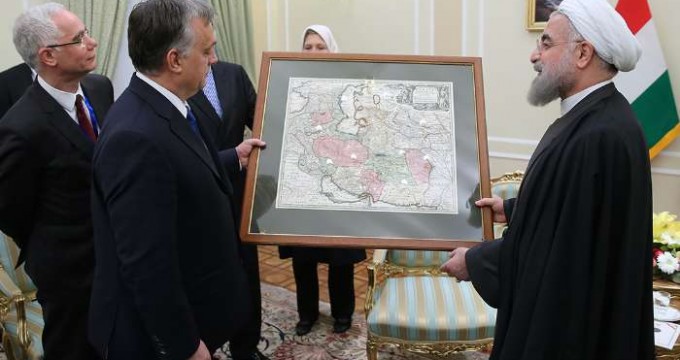 The old map dates back to 1840 AD (over 175 years ago) and is regarded as a very significant map among Hungary’s national documents, he said.
The old map indicates Iran’s territory covering the names of neighboring countries, he said.

Caspian Sea to the north and Persian Gulf to the south which are manifestation of Persia have been mentioned in the map, he said.

The old map also demonstrates the then life style of the Iranian people and cities of Tehran and Ray which were center of politics, agriculture and economy, he said.