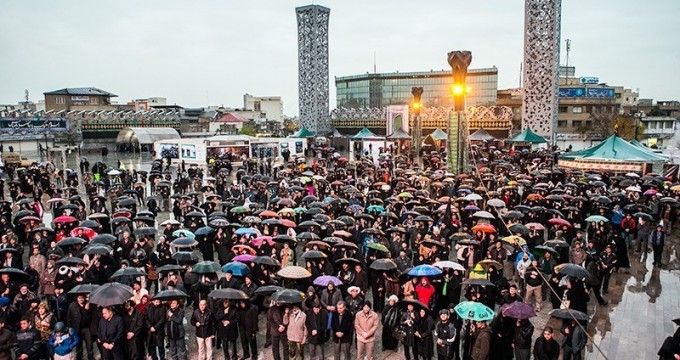 Tehran, Dec 2, IRNA – Millions of Iranians nationwide are holding mourning rituals on Arbaeen, which marks the 40th day after the martyrdom anniversary of Imam Hussein (AS) on Wednesday.

A large number of black-clad Iranian mourners have taken to the streets and local mosques and other religious and community centers to participate in observances where elegies are recited in memory of Imam Hussein and his 72 loyal companions.

It marks the 40th day after the martyrdom anniversary of the grandson of Prophet Mohammad (PBUH), Imam Hossein (AS), and the third Imam of Shiite Muslims.

Over two million Iranian pilgrims have travelled to Iraq for Arbaeen Day through three border points including Mehran, Shalamcheh and Chazzabeh in southwestern Iran.

The Iranian officials have estimated that 2.5 million Iranian pilgrims would travel to Iraq for Arbaeen Day that is on December 2 this year.

Each year, pilgrims, mainly from Iraq and Iran, travel long routes on foot to Karbala, where the holy shrine of Imam Hossein (PBUH) is located.