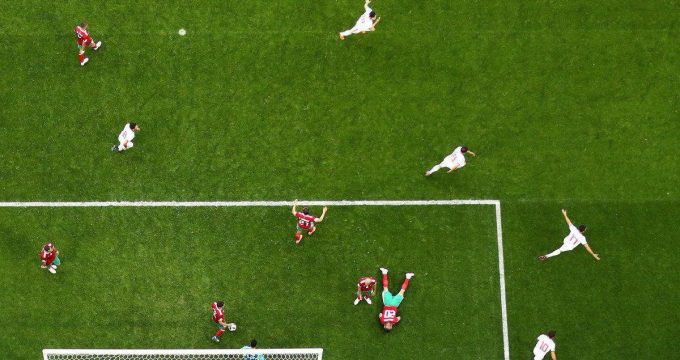 Iran’s President Hassan Rouhani has conferred with his Chinese counterpart Xi Jinping on a multilateral nuclear agreement Tehran signed with the P5+1 group of countries in 2015 and mutual relations, particularly in economic and trade sectors.

Iranian President Hassan Rouhani and Chinese President Xi Jinping stressed on bolstering bilateral ties in a Sunday meeting on the sidelines of the SCO) summit in the Chinese port city of Qingdao.

Leader of the Islamic Revolution Ayatollah Seyyed Ali Khamenei says the fate of Palestine must be determined by Palestinians, including Muslims, Jews and Christians, who originally lived in the historical land of Palestine.

Iran’s Intelligence Ministry has shed some light on a covert operation in Somalia that recently led to the release of four Iranian fishermen held captive by pirates.

Foreign Ministry pokesman Bahram Qasemi said on Monday that following the US unilateral withdrawal from the JCPOA Tehran hosted the first G4+1 meeting in the absence of the US to examine the latest status of the treaty and the commitments of the Europe.

IRGC: No troops killed in clashes with terrorists

The Islamic Revolution Guards Corps (IRGC) denied media reports that a number of its forces have been killed in recent clashes with terrorist teams in northwest Iran.

Iran tells N.Korea Trump could cancel deal before getting home

A senior Iranian legislator lashed out at Israeli Prime Minister Benjami Netanyahu for his video message on water shortage in Iran, calling on Tel Aviv to stop stealing water resources from the regional states.

Iran will quit nuclear deal if it does not benefit from it: President Rouhani

Iranian President Hassan Rouhani says the Islamic Republic will quit the multilateral nuclear agreement Tehran signed with major world powers in 2015 if it does not benefit from the deal after the US pullout.

Canada’s anti-Iran motion “not in line with international security”

In response to a motion in Canada’s parliament demanding immediate cease of all negotiations on restoring diplomatic ties with Iran, Iranian FM Zarif said that these policies will harm Canada and are not in line with maintaining international peace and security.

Syrian-Iranian relation strategic, not subject to a deal

President Bashar al-Assad affirmed that the Syrian-Iranian relation is strategic not subject to a deal, affirming that neither Syria nor Iran has floated this relationship on the international political bazaar for it to be subject to haggling.

Ayatollah Khamenei: Illegitimate regime of Israel will not last

Leader of Iran’s Islamic Revolution Ayatollah Seyyed Ali Khamenei says the Israeli regime will not last, emphasizing that it will eventually crumble under the burden of its illegitimacy.

All countries must stand against White House rulers’ bullying

Iranian President Hassan Rouhani called on leaders of Muslim countries to stand against bullying power of the United States.

Iraqi cleric, Muqtada al-Sadr, whose coalition won the largest number of seats in the country’s recent parliamentary elections, has rejected calls for an election rerun, warning Iraqis about breaking out of a possible “civil war” just a day after a storage site in Baghdad, which housed ballot boxes, was purportedly torched ahead of a recount.

The United Nations General Assembly has adopted a resolution condemning Israel for Palestinian civilian deaths in the besieged Gaza Strip.

A leader of Houthi Ansarullah movement denied earlier reports that the airport of Yemen’s western port city of Hudaydah has fallen into the hands of a Saudi-led coalition, saying the battle for the strategic port would be a war of attrition.

French special forces are present on the ground in Yemen supporting the ongoing Saudi-led military operation on the Red Sea port city of Hudaydah, Le Figaro newspaper has reported.

IRGC’s construction base ready to work with foreign investors

The commander of Khatam al-Anbia Construction Base says the IRGC-affiliated conglomerate is prepared to work with foreign investors who are willing to fund Iranian construction projects.

Renault CEO says will stay in Iran despite US sanctions

French carmaker Renault says it will maintain its presence in Iran despite the risk of penalties for violating US sanctions re-imposed on Tehran after Washington’s move to withdraw from the 2015 multilateral nuclear agreement.

Iran’s Karim Ansarifard and Alireza Jahanbakhsh had strong words for Nike following their team’s 1-0 win against Morocco to open the World Cup.

Gazprom to partake in 4 gas field projects in Iran

Gazprom is getting ready to participate in the four gas field projects in southern Iran, said a top official of the Russian company on Friday.

President Donald Trump’s recent decision to withdraw from the Iran nuclear deal and restore heavy economic sanctions on the country is having an effect on an arena beyond politics: the 2018 World Cup.

The Muslim people of Iran are celebrating Eid al-Fitr on Friday at the end of the holy month of Ramadan, after the new moon of the lunar month of Shawwal was sighted Thursday night.

Morocco’s own goal gave Iran the win and a crucial three points to start Group B play.

Iranian people from all walks of life took to streets on Friday to celebrate the Team Melli’s 1-0 victory over Morocco in their first FIFA World Cup match.

Paying tribute to his former boss Sir Alex Ferguson, Carlos Quieroz dedicated the dramatic late win of Iran over Morocco to the great manager, saying “that was like Fergie Time and it was for Sir Alex.”