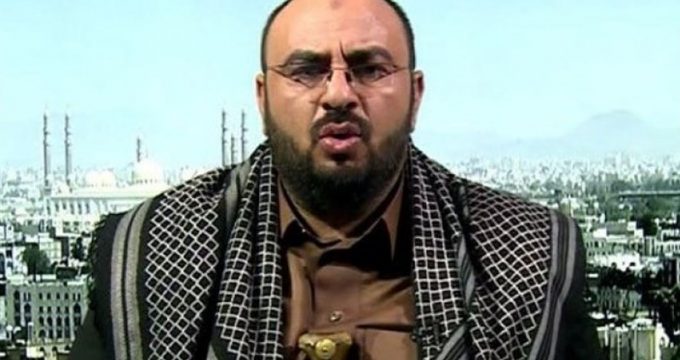 Tasnim – A leader of Houthi Ansarullah movement denied earlier reports that the airport of Yemen’s western port city of Hudaydah has fallen into the hands of a Saudi-led coalition, saying the battle for the strategic port would be a war of attrition.

In an interview with Al-Alam News Network on Saturday, Ibrahim al-Obeidi dismissed reports by the Saudi and Emirati media that the invaders have taken control of Hudaydah’s airport.

The battle for Hudaydah is a war of attrition that would drag on for a long time, the Houthi commander added.

It would have been impossible for the members of the Saudi-led military coalition to handle such a long war against Yemen single-handedly, Obeidi noted, adding that the invasion is being supported by the US and the UK.

Denouncing the US government for giving the green light for Saudi Arabia to launch a war against Yemen, the Houthi leader said the fighting has flared up in Yemen’s western coastal areas upon a decision by Washington.

While the aggressors are looking for excuses to justify the invasion of Yemen, the Yemeni forces have no choice but to fight off the invaders and occupiers with any available equipment, Obeidi underlined, explaining that Yemen’s Navy uses its missiles for defense and for preventing heliborne operations of the foreign forces.

His comments came after reports that the Saudi-led forces have captured Hudaydah’s airport and were trying to remove mines left around the site.

Hudaydah International Airport is on the south side of the city, which is home to some 600,000. So far, fighting has yet to enter Hudaydah’s downtown or its crucial port.

The warplanes and warships of Saudi-led coalition have been pounding Hudaydah since Wednesday to seize the strategic port, which is controlled by the Houthi forces.

The port is the main route for essential goods into Yemen, where 22 million people are in need of humanitarian aid and 8.4 million face starvation, according to the United Nations, which says the figure could reach 10 million by year end.

Aid agencies have said the battle may exacerbate an already catastrophic humanitarian situation.

The UN has warned that in a worst-case scenario, the battle could cost up to 250,000 lives and cut off aid supplies to millions of people.

Since March 2015, Saudi Arabia and some of its Arab allies have been carrying out airstrikes against the Houthi Ansarullah movement in an attempt to restore power to fugitive former president Abd Rabbuh Mansour Hadi, a close ally of Riyadh.