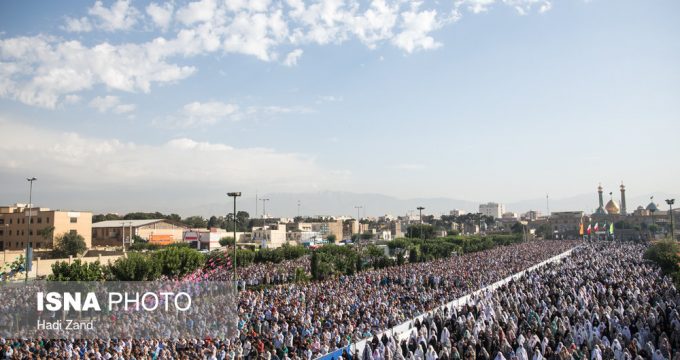 Tasnim – The Muslim people of Iran are celebrating Eid al-Fitr on Friday at the end of the holy month of Ramadan, after the new moon of the lunar month of Shawwal was sighted Thursday night.

Muslim worshippers who had fasted for a month took part in Eid prayers across the country early in the morning of the festive occasion of Eid al-Fitr, which marks the end of Ramadan, the holiest month in the Islamic calendar.

Leader of the Islamic Revolution Ayatollah Seyed Ali Khamenei led the prayers in the capital Tehran.

Many other Muslim countries are also celebrating the auspicious occasion today, while in some countries Saturday will be the Eid.

The observance traditionally begins with the sighting of the new moon of the 10th month of the Islamic lunar calendar.

The holiday celebrates the conclusion of 29 or 30 days of dawn-to-sunset fasting during the entire month of Ramadan. The day of Eid falls on the first day of the month of Shawwal.