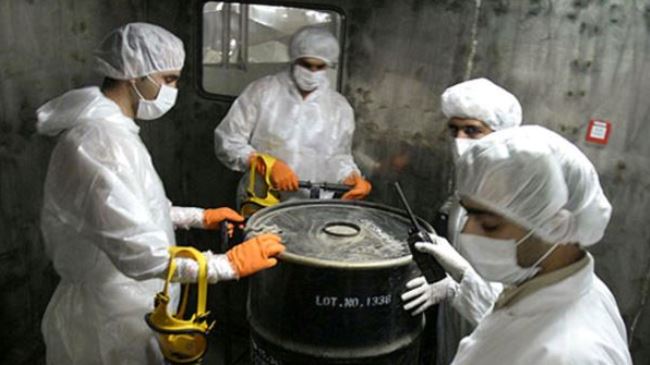 Chief of staff of Iran’s president confirmed on Sunday that Iranian President Hassan Rouhani has sent a letter to EU leaders following the US unilateral pullout from the 2015 nuclear deal.

Enemy is not after targeting President [Hassan] Rouhani or the Islamic Republic system, but it intends to annihilate Iran, Iranian Foreign Minister Mohammad Javad Zarif said on Sunday.

US denies visa to ex-NATO chief for Iran visit

The United States has denied entry to former secretary general of the North Atlantic Treaty Organization because of his visit to Iran, which the US president has put in his blacklist, Spanish newspaper El Pais reported.

Iran files lawsuit against US in ICJ: FM spokesman

Iranian Foreign Ministry spokesman Bahram Qassemi announced that the country filed a formal complaint against Washington with the International Court of Justice (ICJ) concerning Iran’s frozen assets and the Hague-based court would hold public hearings in the case in October 2018.

Iran’s Foreign Minister Mohammad Javad Zarif warned Sunday that failure to save the nuclear deal after the exit of the United States would be “very dangerous” for Tehran.

Iran’s intelligence minister said preparations have been made to begin enriching uranium to a 20 percent fissile purity at the Fordow nuclear facility.

President Rouhani said Tue. that Donald Trump’s withdrawal from the Iran nuclear deal was “America’s worst and last option” as the move came with the highest prices for the US.

In a message forwarded to sports minister, Leader of Islamic Revolution Ayatollah Khamenei commanded the performance of Iran’s national football team at the World Cup 2018 in Russia.

A number of people who incited turmoil in downtown Tehran and forced the closure of the grand bazaar on Monday have been arrested, the prosecutor general of Tehran said.

Iran among pioneers in streamlining use of UAVs

Unmanned aerial vehicles, commonly known as UAVs or drones, have opened new doors in the realm of aviation on a global scale, especially Iran.

Leader of the Islamic Revolution Ayatollah Seyyed Ali Khamenei has strongly denounced the Western states for their pretense of advocating human rights while in reality supporting terrorist groups and acts of terror.

US, Israel to blame for ‘ominous shadow’ of WMDs on region: Zarif

FATF extends suspension of counter-measures against Iran until October

The Financial Action Task Force says it has decided to continue the suspension of its counter-measures against Iran, but Tehran needs to enact amendments to its AML and CFT laws and ratify the Palermo and TF Conventions by October.

Countrywide ceremonies were held in Iran to pay tribute to 72 ranking officials that were killed in a blast carried out by the terrorist Mojahedin-e Khalq Organization (MKO or MEK) 37 years ago.

Leader of the Islamic Revolution Ayatollah Seyyed Ali Khamenei says the US is exerting economic pressure on Iran in a bid to sow discord among the nation and the government, but such efforts will be futile.

The Trump administration is pushing US allies to cut their oil imports from Iran to zero by November.

Regional aircraft manufacturer ATR says it must give up delivering the remaining aircraft ordered by Iran because of new US sanctions and that it will try to reclassify 12 aircraft if it does not obtain a waiver.

The second phase of Iran’s Persian Gulf Star Refinery, known as the world’s largest gas condensate refinery, was launched in a ceremony in the country’s southern port city of Bandar Abbas on Thursday.

Iran says a major refinery project that it put on stream on Thursday would make it immune to US sanctions against its purchases of gasoline.

Deputy Petroleum Minister for International Affairs and Trading Amir Hossein Zamaninia says Iran must export its surplus gas output to Europe and other countries and exploit the item as a strategic lever to hold sway in the world.

US using chemical weapons as pretext for intervention in Syria: President Assad

Syrian President Bashar al-Assad says the United States is using the issue of chemical weapons as a pretext to carry out an attack against the Syrian army.

Iran has urged the international community to intervene and stop the Saudi war on Yemen, where an ongoing offensive against the Mediterranean port of Hudaydah has put the country on the brink of famine.

Recently, the social networking sites Facebook and Twitter suspended the accounts of the Lebanese movement Hezbollah, a measure drew welcome of the Israeli media.

Iraqi Hashd al-Sha’abi forces will punish those behind attack on its fighters: Nasrallah

The secretary general of the Lebanese Hezbollah resistance movement says the Iraqi voluntary and pro-government Popular Mobilization Units would give a befitting response to those responsible for a deadly air raid on their fellow fighters in Syria’s eastern province of Dayr al-Zawr earlier this month.

Riyadh does not “like” raising its oil production not at least beyond 11,000 barrels per day (bpd), says a Saudi official.

Portugal advanced to the World Cup round of 16 behind Spain from Group B after a Ricardo Quaresma strike was cancelled out by a stoppage-time penalty by Iran’s Karim Ansarifard after Cristiano Ronaldo had himself missed from the spot.

Three Iranian film personalities have been invited as members by the Academy of Motion Picture Arts and Sciences, as the Oscars awards body acts to boost diversity with 928 member invitations.

Iranian international midfielder Vahid Amiri has been reportedly linked with a move to Everton.

Iranian artist’s paintings of Shahnameh on show in Tehran

World Cup 2018: best team of the tournament so far

All the 48 group-stage matches in Russia have now been played and after each of them we have asked our readers to hand out their player ratings. The verdicts have then been inputted into our guide of all the 736 players at the 2018 World Cup – and we have now gone through them to see who makes our team of the tournament so far.