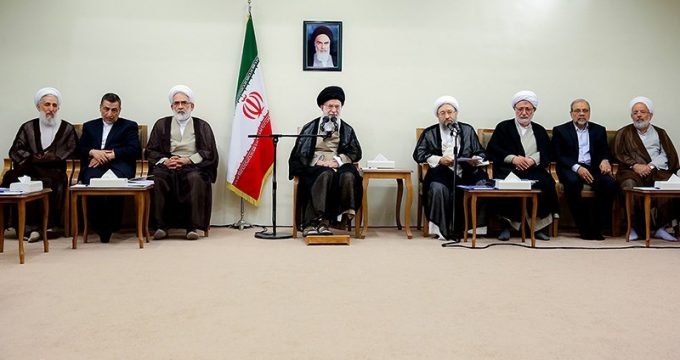 Ayatollah Khamenei received here on Wednesday Iranian Judiciary Chief Ayatollah Sadeq Amoli Larijani, judiciary officials and director generals of justicedepartments across Iran on the occasion of Judiciary Week and the martyrdom anniversary of Ayatollah Mohammad Hosseini Beheshti along with his 72 colleagues who were martyred at the terrorist bomb blast in 1981. Ayatollah Beheshti served as head of the Judiciary in the early months after the victory of the Islamic revolution.