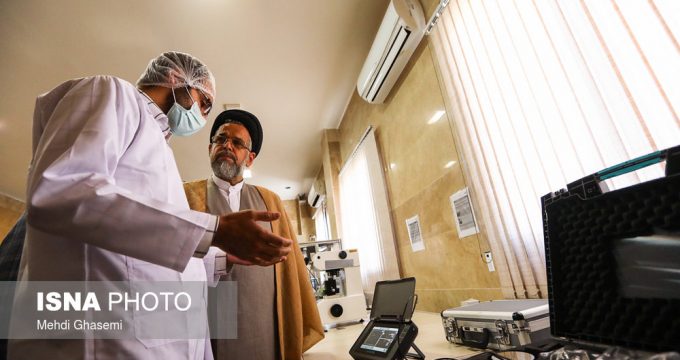 Tasnim– Iran’s intelligence minister said preparations have been made to begin enriching uranium to a 20 percent fissile purity at the Fordow nuclear facility.

Speaking to reporters during a visit to the Fordow nuclear site in central Iran, Mahmoud Alawi said the facility’s apparatus are ready for 20-percent uranium enrichment.

“Westerners should know that Iran will begin (20% uranium) enrichment if they drag their feet (regarding the 2015 Iran nuclear deal),” the minister added, reacting to Europe’s pledge to guarantee Iran’s benefits from the agreement.

Two weeks ago, spokesperson for the Atomic Energy Organization of Iran (AEOI) Behrouz Kamalvandi said Iran will resume the process of enriching uranium at Fordow if the Joint Comprehensive Plan of Action (JCPOA) is terminated.

Located in Iran’s central province of Qom, Fordow is buried deep underground to protect it against any military attacks.

In late 2011, the plant at Fordow began producing uranium enriched to 20 percent fissile purity. But after achievement of the nuclear deal with the Group 5+1 (Russia, China, the US, Britain, France and Germany) in 2014, Iran started producing lower-level uranium with an enrichment level of up to 5 percent in Fordow and Natanz.

On May 8, the US president pulled his country out of the JCPOA, which was achieved in Vienna in 2015 after years of negotiations.