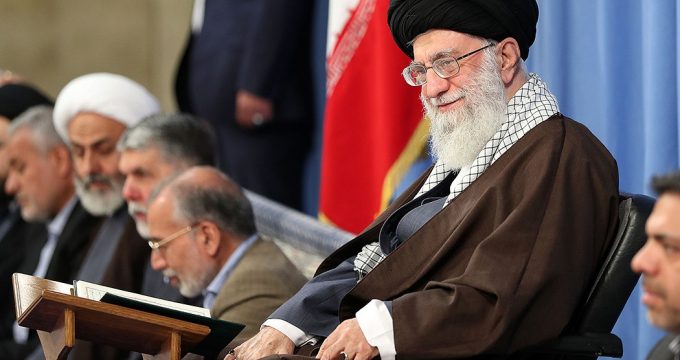 Iran’s Leader urges Muslims to stand up against imperialists, US

Meeting with the participants of the International Quran Competitions in Tehran, Iran’s Leader Ayatollah Khamenei urged Muslims to stand up against imperialism, US bullying, and the rest of world intimidators.

An assailant has entered the Interests Section of the Islamic Republic of Iran in the United States, sending at least one person to hospital.

Iran ready to cooperate with other states in Syria reconstruction: FM Zarif

Foreign Minister Mohammad Javad Zarif calls the establishment of a ceasefire in Syria a top priority in efforts to end the crisis there, saying Iran is ready for cooperation with other states to help reconstruct the violence-torn Arab country.

Leader of the Islamic Revolution Ayatollah Seyyed Ali Khamenei says the Iranian nation has successfully resisted bullying attempts by arrogant powers over the past four decades thanks to the teachings of Qur’an, the holy book of Islam.

Iran calls for common strategy to counter US hostile measures

A top Iranian security official Thursday called for adoption of common strategy by Iran, China and Russia to counter the US measures to hurt the three countries.

To achieve prosperity, Muslims should act according to Quran

Iranian Foreign Minister Mohammad Javad Zarif condemned the unilateral military action [of US, UK, and France] against Syria as a measure postponing the attainment of peace in the war-torn country.

Telecommunication Infrastructure Company announced that the lincese for deployment of Telegram servers in Iran has been nullified.

The meeting of Russian, Turkish and Iranian foreign ministers on Syria will be held in Moscow on April 28, the Turkish Foreign Ministry said in a statement on its website on Thursday.