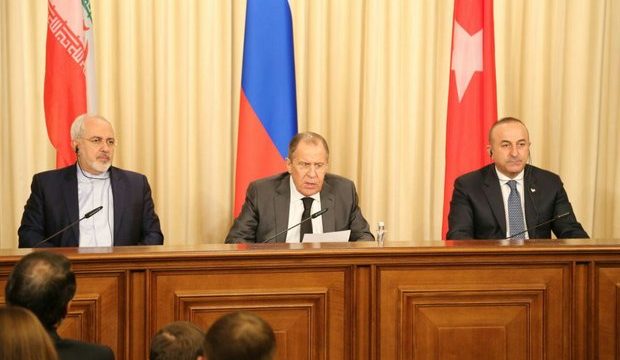 TASS– The meeting of Russian, Turkish and Iranian foreign ministers on Syria will be held in Moscow on April 28, the Turkish Foreign Ministry said in a statement on its website on Thursday.

“Foreign ministers of the Astana platform guarantors – Turkey, Russia and Iran – will hold a meeting in Moscow on April 28. At the meeting all aspects of cooperation in the framework of the Astana mechanism of settlement will be discussed. The sides will outline the steps, which they will take in the future,” the statement said.

On Wednesday, a source in the Russian Foreign Ministry told TASS that the trilateral meeting on Syria of the Russian, Iranian and Turkish foreign ministers, Sergey Lavrov, Mohammad Javad Zarif and Mevlut Cavusoglu, would be held in Moscow on Saturday.

The previous talks of foreign ministers from the three countries-guarantors of the Syrian ceasefire were held in Kazakhstan’s capital of Astana on March 16.