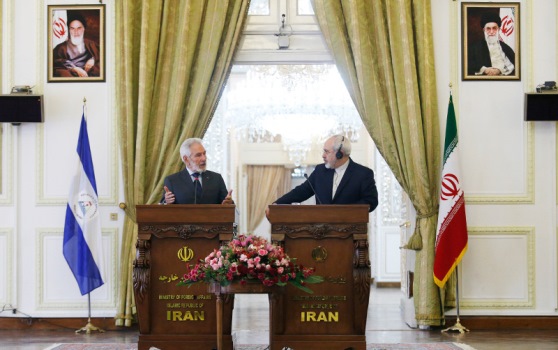 ˈPainting Pool” to go on screen at Shanghai film festival

Iranian Director Maziar Miri’s family drama “The Painting Pool” will compete in the 17th Shanghai International Film Festival, which will be held from June 14 to 22.

The Islamic Republic of Iran is scheduled to unveil a new state-of-the-art destroyer in the near future, says Iran’s Navy commander.

A senior Iranian official says France has expressed readiness to overcome the existing obstacles in the way of Tehran-Paris economic cooperation and improve such relations.

The peaceful nuclear technology has become an indigenous expertise in Iran, the country’s foreign minister said, and underlined that it is impossible to deprive the Iranian scientists of such home-grown knowledge.

Kambiz Derambakhsh works to go on display in France

Leading Iranian cartoonist, Kambiz Derambakhsh’s several works are to put on display at the Modern Art Museum and the Nicolas Flamel Gallery in France.

Rouhani: Attainment of final N. deal in due time depends on powers’ determination

Iranian President Hassan Rouhani underlined that Tehran and the Group 5+1 (the five permanent UN Security Council member plus Germany) can work out and sign a final nuclear deal on the condition that the world powers also show their determination.