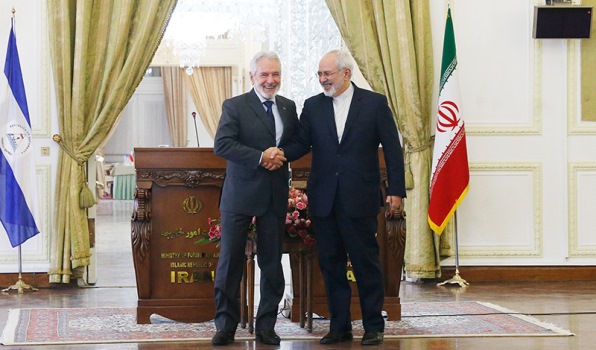 Samuel Santos LopezI made the remarks in a joint press conference with his Iranian counterpart Mohammad Javad Zarif in Tehran on Monday.

Iran has never deviated from its peaceful nuclear work and Nicaragua has always supported this right, LopezI said.

The Iranian foreign minister, for his part, said “Iran and Nicaragua have stood by each other’s side in [the face of] different international ups and downs.”

The enhancement of ties between Iran and Nicaragua serves the interests of both nations and will contribute to regional and international peace and security, the top Iranian diplomat underlined.

In recent years, Iran has been seeking to enhance its relations with Latin American countries within the framework of international organizations such as the Non-Aligned Movement (NAM), whose rotating presidency is currently held by the Islamic Republic.