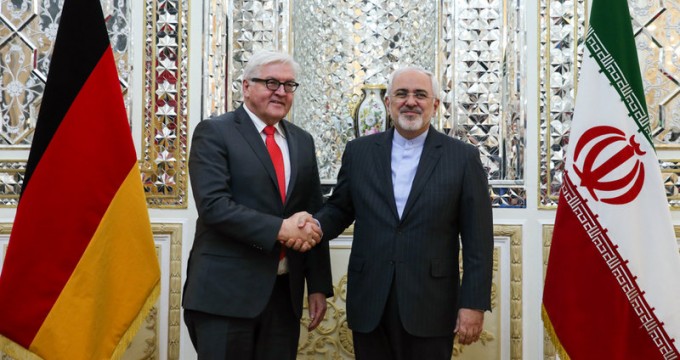 Head of Atomic Energy Organization of Iran (AEOI) Ali Akbar Salehi has been enlisted in the list of nominees of the Nobel Peace Prize for his role which resulted in nuclear agreement between Iran and the world powers on July 14.

Presence of Iranian women in international sport fields with Islamic Hijab and Iranian athletes’ refraining from facing their Israeli rivals are admirable, the Leader said.

Leader’s Senior Adviser Ali Akbar Velayati in a meeting with Alexei Pushkov, chairman of intl. committee of Russia, said the two countries will never return from the path of long-term, strategic cooperation. Ali Akbar Velayati on Tuesday held talks with Alexei Pushkov, the chairman of the international committee of the Russian State Duma and other members of the committe on expanding bilateral and regional cooperation.

Iranian President Hassan Rouhani says the main objective that Tehran was pursuing in signing the nuclear agreement with the P5+1 group of countries was to lift “the siege” that “ill-wishers” had imposed on the Islamic Republic.

The US House of Representatives has approved a bill aimed at hindering the implementation of Iran’s historical nuclear agreement with the P5+1 group of countries.

Head of Strategic Research Center of the Expediency Council Ali Akbar Velayati met with Russian President Vladimir Putin in Moscow on Wednesday and discussed the latest conditions of bilateral and regional ties.

Head of Strategic Research Center of the Expediency Council Ali Akbar Velayati called on distinguished Iranian and Russian researchers and thinkers to play a valuable role in the broadening of bilateral ties.

Golden triangle: Iran, China, Russia to drive the world away from dollar

A Eurasian Golden Triangle is emerging with China, Russia and Iran as the three key points, F. William Engdahl notes.

Iranian Foreign Minister Mohammad Javad Zarif underlined that Tehran’s July 2015 nuclear deal with six world powers is proof that tough problems of the international community can be resolved through diplomacy.

Zarif visit to UK a step forward to normalization of relationship

British Chargé d’Affaires to Iran Nicholas Hopto highlights foreign minister Zarif’s visit to the UK as a step towards normalization of relationship.

Supreme Leader of the Islamic Revolution Ayatollah Seyyed Ali Khamenei praised the bravery of Iranian combatants who lost their lives defending the holy shrines in Syria.

President Hassan Rouhani said on Saturday that the Islamic Republic is determined to attain development with a high pace and added that this can be materialized through employment of the youth.

Greece’s premier in Iran to discuss expansion of ties

The entry into force of Russia’s agreement with Iran to simplify visa procedures is the first step toward the abolition of visas for Russian tourists, Iran’s Ambassador to Russia Mehdi Sanai said Saturday.

Tehran and the European Union are to hold a new round of talks for the first time after Iran and the P5+1 group of countries started implementation of the nuclear agreement.

Deputy Petroleum Minister for International Affairs and Commerce Amir-Hossein Zamani-Nia said that the multi-national oil and gas company Royal Dutch Shell is pay back its arrears in oil purchase from Iran as soon as banking requirements are facilitated.

A member of Iran’s Car Manufacturing Policymaking Council has announced that France’s Peugeot will compensate for its previous contract with Iran.

Canada has dropped many of the sanctions it imposed on Iran over that country’s nuclear ambitions.

The removal of international sanctions against Iran will enable the Islamic Republic to demand the return of stolen cultural treasures, expand tourist links with the outside world and facilitate financial transactions with business partners around the globe.

The 2016 Paris International Tournament wrapped up with five gold, one silver and one bronze medal for the Iranian squad.

The ceremonies marking the time when the late founder of the Islamic Republic Imam Khomeini arrived back home on February 1, 1979 from exile, opened at Mehrabad Airport here on Monday.

Statistical Center of Iran announced that the population of Iran hit 79 million people on February second at 21:34:30.

Team Iran has remained on top of Asian teams, with 626 points, in the latest FIFA rankings released for February.

Junior Iranian squash player Alireza Shameli has been named among the greatest athletes in Asia thanks to his commendable performance at the REDtone 9th Kuala Lumpur International Junior Open Squash Championships in Malaysia.

Iran’s ancient fossils, which had been sent to the US some 40 years ago for studies and were returned home after Tehran won a decades-long legal dispute with Washington, were unveiled in the Iranian capital.

The Riyadh-formed Syrian opposition delegation refuses to recognize the delegation proposed by Moscow and Cairo, a spokesman for the High Negotiations Committee (HNC) said Sunday.

A senior Sudanese opposition leader revealed that the country’s government has blackmailed Saudi Arabia for severance of relations with Iran.