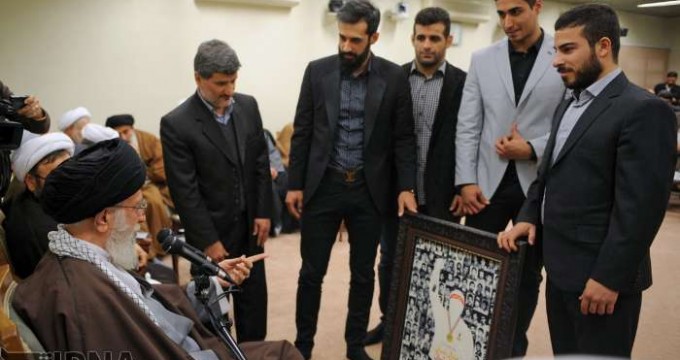 Supreme Leader of the Islamic Republic made the remarks in a meeting with those involved in holding the congress of martyred athletes on January 11.

The Leader remarks released today on the occasion of holding the congress of five thousand athletic martyrs of Islamic Republic.

Presence of Iranian sportswomen with Islamic Hijab (covering) on top of international sport platforms is more precious than becoming the champion, he added.

He called such actions manifestation of Iranian identity which has resisted the wave of fantasy feelings and thoughts imposed by foreigners.

The First Congress of Five Thousand Athletic Martyrs of Islamic Republic kicked off Tuesday morning in Azadi Stadium of Tehran in the presence of Iran’s Minister of Sports and Youth Affairs Mahmoud Goudarzi.