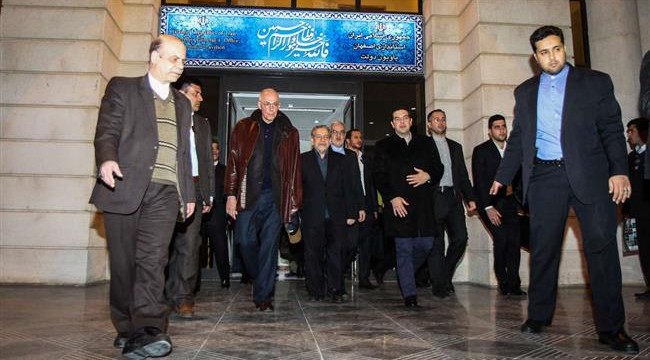 Greece’s premier in Iran to discuss expansion of ties

Greek Minister of Foreign Affairs Nikos Kotzias, Minister of Environment and Energy Panagiotis Skourletis, Minister of Economy, Development and Tourism Georgios Stathakis and Deputy Foreign Minister Dimitris Mardas as well as a 50-member team of industrialists and businessmen are accompanying the prime minister.

During their day-long stay in Isfahan, Tsipras and his accompanying delegation will visit historical and cultural monuments in the city.

They are scheduled to leave Isfahan for Tehran later on Sunday to hold talks with senior authorities on ways of improving mutual relations and the latest regional and international developments in light of the implementation of the nuclear agreement between Iran and the P5+1 group of countries.

Iran and Greece are set to sign agreements to boost cooperation in such sectors as trade, finance, tourism, cultural relations, housing and road construction, agriculture and pharmaceuticals.

Iran and the five permanent members of the UN Security Council – the United States, France, Britain, China and Russia – plus Germany started to implement their nuclear agreement, known as the Joint Comprehensive Plan of Action (JCPOA), on January 16.

After the JCPOA went into effect, all nuclear-related sanctions imposed on Iran by the European Union, the Security Council and the US were lifted. Iran has, in return, put some limitations on its nuclear activities.

The nuclear agreement was signed on July 14, 2015, following two and a half years of intensive talks.