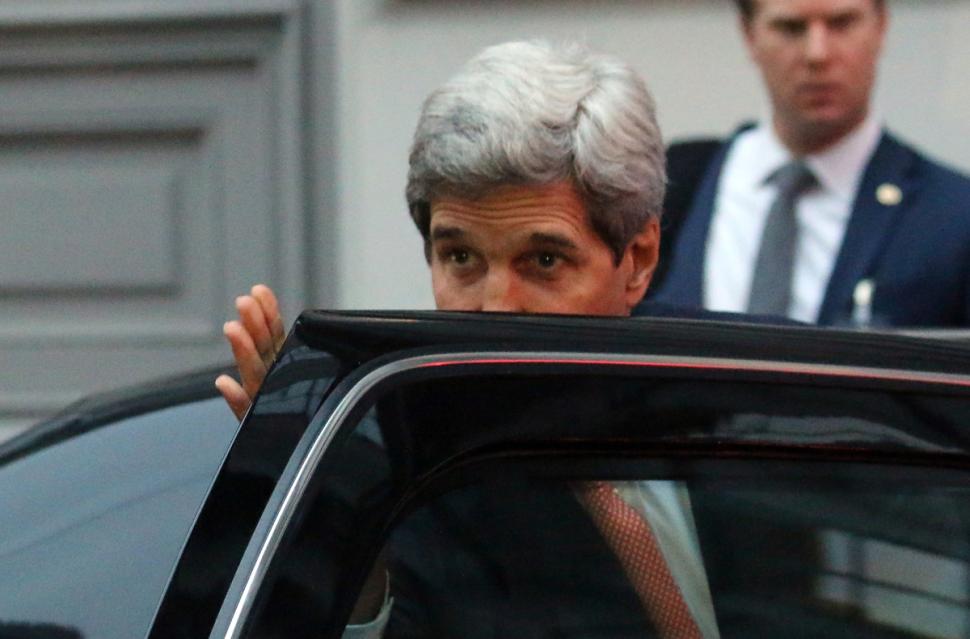 Kerry says he may meet Iranian foreign minister in Paris

U.S. Secretary of State John Kerry said on Thursday he may meet the Iranian foreign minister in Paris on Friday, but no final decision had been taken yet.

Iran slashes oil price in budget to $40 per barrel

Iran is cutting the oil price on which it bases its next budget to $40 a barrel, the semi-official Fars news agency quoted Finance and Economy Minister Ali Tayyebnia as saying on Thursday.

Iranian lawmakers are considering a motion that would allow the country to enrich uranium to “any level it wishes” should the Western states impose further bans against Tehran over its nuclear program.

Iran and US Deputy FMs will continue the N-talks today in Geneva.

Iran’s head of Judiciary has said the first step in fighting corruption should be taken in government organizations.

A senior Iranian nuclear negotiator has described as “serious” nuclear talks between Tehran and the P5+1 group of world powers.

The Iranian men’s national football team defeated Qatar 1-0 on its second leg of the 16th edition of the Asian Football Confederation (AFC) Cup in Australia on Thursday.