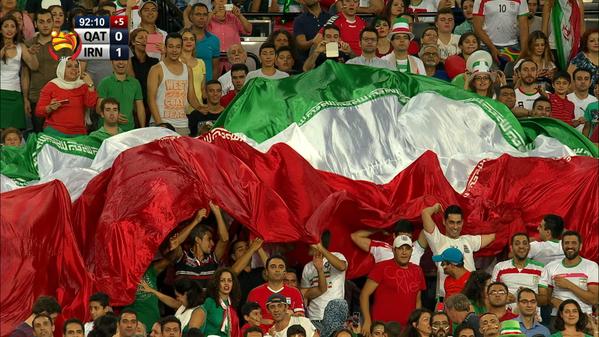 Sydney, Jan 15, IRNA – The Iranian men’s national football team defeated Qatar 1-0 on its second leg of the 16th edition of the Asian Football Confederation (AFC) Cup in Australia on Thursday.

The Iranian squad made a lively start in the Group C contest staged at the Australia Stadium in Sydney.

The Iranian squad will face the UAE team on Jan 19.

The hosts have Oman, Kuwait and South Korea for company in Group A, while China was drawn in Group B with North Korea, Saudi Arabia and Uzbekistan.

The Islamic Republic of Iran, Bahrain, Qatar and the UAE are together in Group C.

The 2015 AFC Asian Cup, known as the 16th edition of the tournament, opened in Australia on January 9, and will conclude on January 31.

The winner of the sports event will earn the right to participate in the 2017 FIFA Confederations Cup, which is to be hosted by Russia.