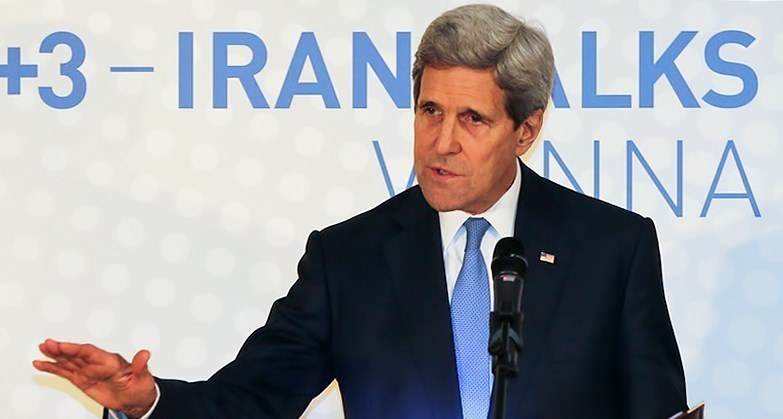 Kerry says he may meet Iranian foreign minister in Paris

(Reuters) – U.S. Secretary of State John Kerry said on Thursday he may meet the Iranian foreign minister in Paris on Friday, but no final decision had been taken yet.

Iran and six world powers have renewed their quest for an elusive nuclear deal – seen as crucial to reducing the risk of a wider Middle East war – after negotiators failed for the second time in November to meet a self-imposed deadline.

“There is no final decision as to whether or not we will meet in Paris,” Kerry said at a press conference in the Bulgarian capital Sofia. “It is possible, but nothing has been decided. It may also not happen.”