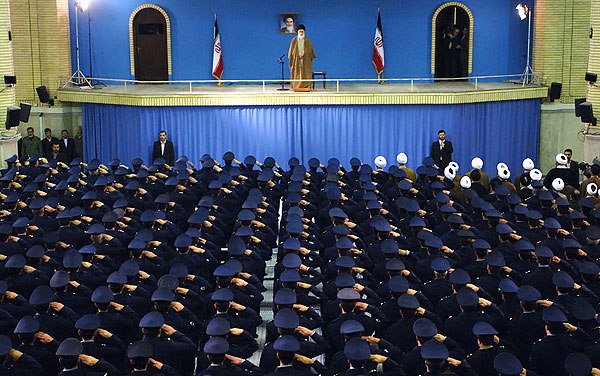 Ayatollah Khamenei: U.S. would overthrow Iranian government if it could

Leader of the Islamic Revolution Ayatollah Seyyed Ali Khamenei says American officials are lying when they say they are not pursuing regime change in Iran.

Iran protests to US against illusive approach toward Iran

Iran said on Saturday protested to the US against unrealistic and illusive approach toward Iran.

UN Secretary General Ban Ki-moon, in a letter to Iran’s Permanent Representative to the United Nations Mohammad Khazayee, expressed his condolences to the Iranian people and government over the death of Tehran’s commercial attaché Abolqassem Assadi in a recent terrorist attack in Yemen.

Iran’s Majlis plans to send parliamentary friendship groups to Ireland and Germany in a bid to facilitate tourism ties with European countries.

President Hassan Rouhani said here on Saturday that the wise behavior of regional leaders can serve the interest of nations.

A Russian trade delegation is slated to visit Iran soon in a bid to explore new opportunities for boosting and bolstering bilateral ties and interactions, Head of Iran-Russia Joint Chamber Assadollah Asgaroladi announced on Saturday.

President Hassan Rouhani on Saturday described Pakistan as Iran’s friend and neighbor, stressing Tehran attaches importance to stability and security of that country.

Senior Iranian Navy commanders announced on Saturday that the country has sent several fleets of warships to the US maritime borders.

Iran and the IAEA has resumed new round of talks in Tehran to discuss future of Iran-IAEA cooperation.