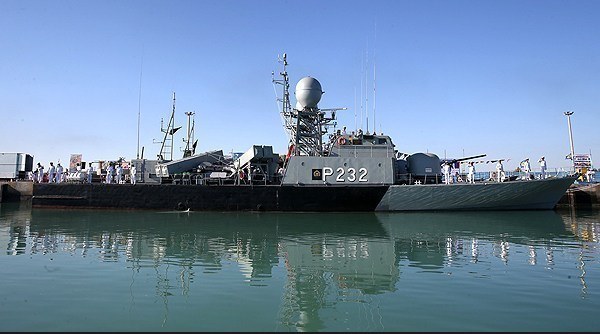 TEHRAN (FNA)- Senior Iranian Navy commanders announced on Saturday that the country has sent several fleets of warships to the US maritime borders.

“The Iranian Army’s naval fleets have already started their voyage towards the Atlantic Ocean via the waters near South Africa,” Commander of Iran’s Northern Navy Fleet Admiral Afshin Rezayee Haddad announced on Saturday.

The admiral, who is also the commander of the Iranian Army’s 4th Naval Zone said, “Iran’s military fleet is approaching the United States’ maritime borders, and this move has a message.”

In September 2012, Iran’s Navy Commander Rear Admiral Habibollah Sayyari reiterated Iran’s plans for sailing off the US coasts to counter the US presence in its waters in the Persian Gulf.

Sayyari had earlier informed of Tehran’s plans to send its naval forces to the Atlantic to deploy along the US marine borders, and in September 2012 he said that this would happen “in the next few years”.

The plan is part of Iran’s response to Washington’s beefed up naval presence in the Persian Gulf. The US Navy’s 5th fleet is based in Bahrain – across the Persian Gulf from Iran – and the US has conducted two major maritime war games in the last two years.

In September 2011, Sayyari had announced that the country planned to move vessels into the Atlantic Ocean to start a naval buildup “near maritime borders of the United States”.

“Like the arrogant powers that are present near our maritime borders, we will also have a powerful presence close to the American marine borders,” Sayyari said.

Speaking at a ceremony marking the 31st anniversary of the start of the 1980-1988 war with Iraq, Sayyari gave no details of when such a deployment could happen or the number or type of vessels to be used.

Sayyari had first announced in July, 2011 that Iran was going to send “a flotilla into the Atlantic”.

The Iranian navy has been developing its presence in international waters since 2010, regularly launching vessels in the Indian Ocean and the Gulf of Aden to protect Iranian ships from Somali pirates operating in the area.