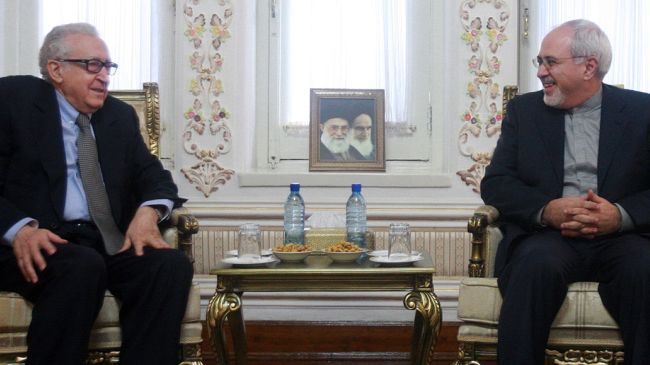 The United Nations peace envoy for Syria said on Saturday Iran should be invited to planned peace talks in Geneva, Iran’s English-language Press TV reported, in comments sure to rile Gulf Arab states.

An upcoming international conference on automotive industry, due to be held in Tehran in late November, will host many big names in the industry, including some 150 giant automobile and auto-parts manufacturers from Europe, the conference secretary said Saturday.

Commander: No one abducted in terrorist attack in Southeastern Iran

Commander of Iran’s Border Guard Force General Hossein Zolfaqari confirmed that 14 border guards have been killed in clashes with terrorists in the Southeastern province of Sistan and Baluchestan early Saturday morning, but meantime rejected some media reports alleging that some of his troops have been abducted by the invaders.

The Iranian Parliament Speaker Ali Larijani will leave Tehran for Beijing on Tuesday morning on an official visit to a country that has turned into Iran’s leading trade partner and investor in recent years.

Iranian filmmaker Arash Lahouti’s documentary Trucker and the Fox has been garnered at the 49th edition of Chicago International Film Festival.

A senior parliamentarian said on Saturday that the Islamic Republic of Iran is continuing the enrichment of uranium to the 20 percent level.

An informed source revised the death toll from a Friday terrorist attack on a border security base in southeast of the country to 14, down from 17 announced earlier.

UN-Arab League Special Envoy for Syria Lakhdar Brahimi arrived in Iran’s capital of Tehran on Saturday to discuss the Syrian crisis with a number of Iranian officials.

The Iranian authorities on Saturday hanged 16 “rebels” following overnight clashes in which 14 border guards were killed on the frontier with Pakistan, a judicial official said.