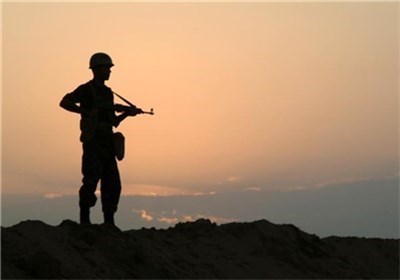 TEHRAN (Tasnim) – An informed source revised the death toll from a Friday terrorist attack on a border security base in southeast of the country to 14, down from 17 announced earlier.

Iranian MP Hedayatollah Mirmorad Zehi told Tasnim News Agency on Saturday that three border guards, who were thought to have been killed in the terrorist raid a day earlier, have been found safe and sound, bringing down the death toll to 14.

He had earlier put the death toll from the attack at 17.

He also noted that of the 7 Iranian forces hurt during the incident, 6 have suffered minor injuries, and only one has been admitted to a hospital for surgery.

Mirmorad Zehi further quoted the governor of Saravan as saying that Jaysh al-Adl terrorist group was behind the terrorist attack, but said he could not independently verify the report.

On Friday evening, a group of armed men attacked the border post of Gazbostan, near the southeastern city of Saravan.

“After the incidents, those injured were taken to Saravan hospital,” Mirmorad Zehi added.

Asked about whether any of the Iranian forces have been taken hostage during the attack, the MP said there is still no report of hostage taking following the incident.