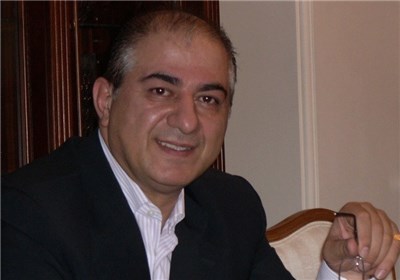 TEHRAN (Tasnim) – An upcoming international conference on automotive industry, due to be held in Tehran in late November, will host many big names in the industry, including some 150 giant automobile and auto-parts manufacturers from Europe, the conference secretary said Saturday.

“The conference should be considered as the most important event in the country’s automotive industry, because it will be attended by major international automobile and auto-parts manufacturers,” Sasan Qorbani said in a press conference here in Tehran today.

The conference will be convened on November 30, he noted, adding that a broad range of companies from Europe, South Korea, Japan and the US have been invited to the conference.

Earlier on October 13, Davoud Mirkhani Rashti, an Iranian industry insider, had announced that major automakers from Japan, South Korea, France and Germany are to take part in the upcoming conference, and described the event as a sign the US-led imposed sanctions against the country have not been effective.

“Such major automakers as Nissan, KIA Motors, Renault, Peugeot, and Suzuki will attend the international automobile industry conference, in which two other big companies, Hyundai and Volkswagen, whose contracts with Iranian automakers have expired, will also be represented,” he told Tasnim News Agency at the time.

Mirkhani Rashti also said all major companies which have contract with Iranian automakers have been invited to the international conference, and that there would be specialized sessions with the representatives of these companies.

Iran’s automobile production crossed the 1 million mark in 2007/2008. Iranian car manufacturers produced 1.648 million cars in 2011, ranking the country 13th in the world, according to a report by the International Organization of Motor Vehicle Manufacturers.

But the tough sanctions imposed on the country’s auto production have caused Iran’s position to fall to 21st two years later.

As of 2001, there were 13 public and privately owned automakers in Iran, of which two – Iran Khodro and Saipa – accounted for 94% of the total domestic production.

The sector directly employs about 500,000 people (roughly 2.3% of the workforce), and many more in related industries. About 75% of local output is passenger cars, with pick-ups the next largest category, accounting for around 15%.