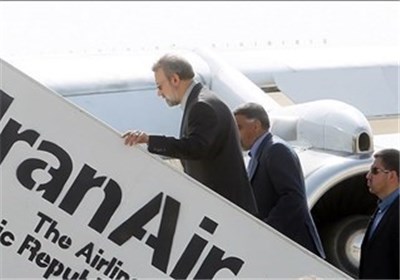 TEHRAN (Tasnim) – The Iranian Parliament Speaker Ali Larijani will leave Tehran for Beijing on Tuesday morning on an official visit to a country that has turned into Iran’s leading trade partner and investor in recent years.

Larijani has been invited by the Chairman of the Standing Committee of the National Peoples’ Congress of China Zhang Dejiang. He will be heading a high ranking parliamentary delegation.

The Iranian Parliament Speaker and his accompanying deligation will during the visit meet the China’s parliament speaker Wu Bang-Guo and a number of other Chinese officials for talks aimed at further expansion of parliamentary, political, and economic relations.

Approximately 80% of China’s total imports from Iran are oil and the rest is mineral and chemical products. Because of this reliance on Iranian energy, China is now investing in the modernization of Iran’s oil and gas sector to secure access to the resource.

Trade between the two countries is currently dominated by Iran’s energy exports, while the main Chinese exports to Iran include machinery, textiles, consumer goods such as electronics, auto parts, and toys. Iran–China trade value reached $45 billion in 2011 and increased to $50 billion by 2012.