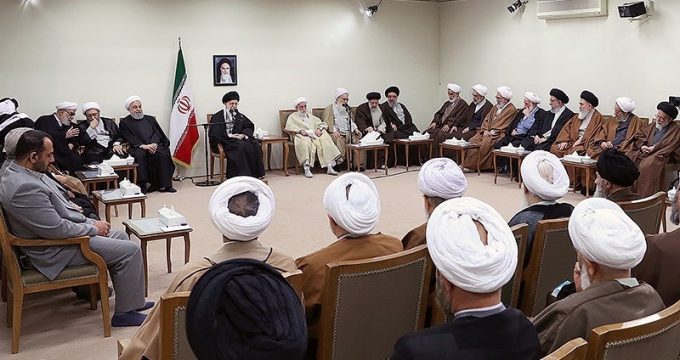 Leader of the Islamic Revolution Ayatollah Seyyed Ali Khamenei warns that the US and the Israeli regime have been doing all in their power to advance their hostile campaign against the Iranian nation, calling for “maximum mobilization” in the face of enemy threats.

Iran’s semi-official ISNA news agency says the country’s Revolutionary Guard is holding a drill near the strategic Strait of Hormuz to test dozens of Iranian-made drones, including armed drones.

President Hassan Rouhani described his three-day visit to Iraq as a turning point in the bilateral relations between the two countries, saying that the talks and decisions made during the trip would benefit both neighboring nations.

Governor of the Central Bank of Iran highlighted a major change in the country’s export items and destinations, saying Iran is practically beating the US sanctions.

The United States aims to cut Iran’s crude exports by about 20 percent to below 1 million barrels per day (bpd) from May by requiring importing countries to reduce purchases to avoid U.S. sanctions, two sources familiar with the matter told Reuters.

At least four people were killed on Thursday in an explosion of the pipelines that link the gas network from Mahshahr city to Ahvaz city in southwestern Iran, a senior provincial official said.

The Iranian Foreign Ministry rebuked the United States’ anti-Iran policies, saying that the US statesmen are trying to fuel tensions among the West Asian countries by unfounded claims and accusations.

Iran eyes expansion of coop. with Azerbaijan beyond infrastructure projects

Iranian minister of industry, mine and trade said here on Thursday that Tehran and Baghdad have targeted 20 billion dollars worth of trade exchange for the next two years.