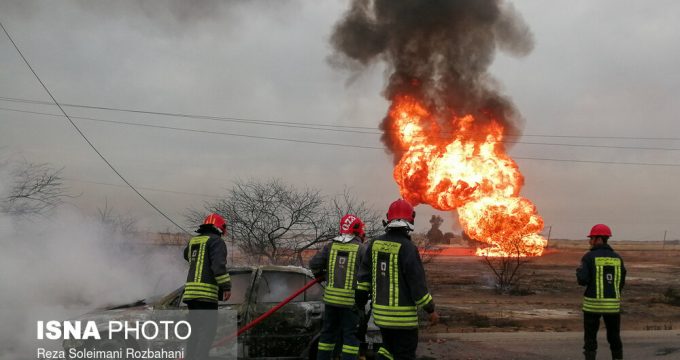 MNA – At least four people were killed on Thursday in an explosion of the pipelines that link the gas network from Mahshahr city to Ahvaz city in southwestern Iran, a senior provincial official said.

According to Kiomars Hajizadeh, the director general of the province’s Crisis Management Directorate, the blast, which struck a gas pipeline between Ahvaz and the city of Mahshahr, near the Persian Gulf, has so far left four killed and injured six others.

A bus, a water tanker truck and a private car had also caught fire amid the explosion. The bus, fortunately, was not carrying any passengers, but the driver sustained injuries and was taken to the hospital along with the other wounded. The two passengers in the car, and the driver of the truck lost their lives in the fire.

The rescue teams have been dispatched to the site of the incident.

Meanwhile, spokesperson of the Emergency Organization of Iran, Mojtaba Khaledi, told Mehr News that the fire at the site of the explosion has been extinguished.