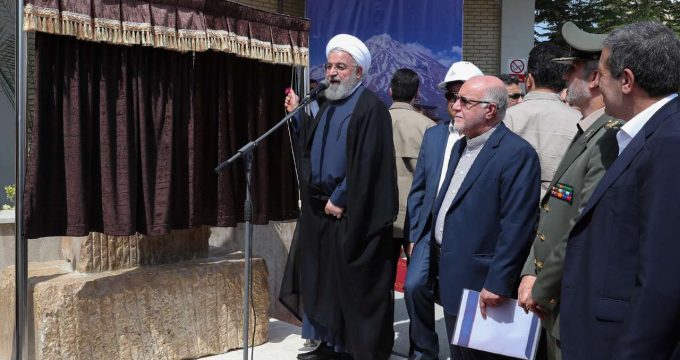 The Iranian foreign ministry on Tuesday rejected a report released by Fox News alleging that the country has smuggled arms to the Hezbollah resistance group in Lebanon.

Iran-China trade faces growth in first half of 2018

Iran-China economic relations have faced 2.2% increase during the first half of 2018, China’s deputy ambassador to Tehran announced Tuesday.

Iran is to move its main oil export terminal from the Persian Gulf to the Oman Sea, President Hassan Rouhani announced on Tuesday, sparing its tankers from using the strategic Strait of Hormuz.

Iranian President Hassan Rouhani said Tue. that the country’s oil, gas and petrochemicals are at the forefront of countering the enemies’ economic sanctions against Iran.

Turkey to trade in local currencies with Iran, China

Turkish President Recep Tayyip Erdogan says he has plans to ditch the dollar in trade with Iran and China and instead use local currencies.

Iran’s rial dropped sharply and foreign-exchange traders shut shop as concerns grew that authorities may be powerless to defend the currency as U.S. sanctions bite.