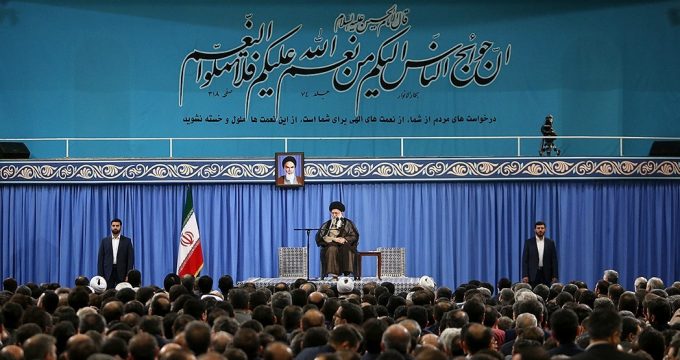 No need to join Int’l treaties that are against national interests: Iran Leader

Ayatollah Seyyed Ali Khamenei, the Leader of Iran’s Islamic Revolution, says there is no need to join international treaties and conventions that do not serve the country’s national interests.

OPEC should maintain its existing deal to cut oil supply until the end of 2018, a senior Iranian official said on Wednesday, maintaining Iran’s opposition to increasing supplies.

Iranian Minister of Petroleum Bijan Zangeneh addressed the 7th International Seminar of the Organization of the Petroleum Exporting Countries (OPEC) in Vienna on Wednesday.

UNGA elects Iran as member of Economic and Social Council

The General Assembly of the United Nations has elected 18 members of the Economic and Social Council to serve three-year terms beginning 1 January 2019, UN Information Center (UNIC) in Tehran wrote on Wednesday.

Leader of the Islamic Revolution Ayatollah Seyyed Ali Khamenei has deplored the Saudi-led military offensive to seize Yemen’s lifeline port, saying the US-backed assault is yet another indicator of the evil nature of bullying powers.

Iran’s leader criticized the U.S. administration’s separation of immigrant parents and children at the U.S.-Mexico border in comments published on his official website Wednesday.

Member of the Expediency Council and Supreme Leader’s Advisor for International Affairs Ali Akbar Velayati Wednesday urged Europeans to keep their promises with regards to the JCPOA and also forced the US to avoid creating obstruction in this regard.

Iran national football team head coach Carlos Queiroz says although they have not supermen against Spain but they can do super things.