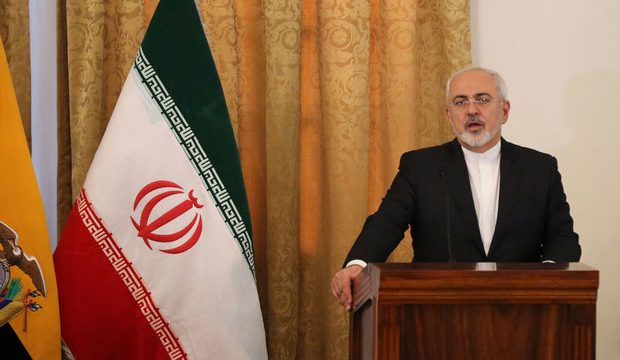 Iran’s coverage: ‘Either all or nothing’ on Iran nuclear deal: Zarif

‘It’s All or Nothing,’ Iran says as Russia, China and EU up pressure on Trump to keep nuclear deal

“It is either all or nothing. European leaders should encourage Trump not just to stay in the nuclear deal, but more important to begin implementing his part of the bargain in good faith,” Zarif wrote on his Twitter account.

We will do whatever it takes to counter Trump: Iran oil min.

Iranian Oil Minister Zanganeh said Mon. that the country will employ all of its capacities and experiences to prevent any loss to its economic gains should US President Trump decide to pull out of the nuclear deal.

Iran never to bow to US, allies: Army chief

The Islamic Republic of Iran will never bow to the will and pressure of the US and its allies, and will continue to expand self-sufficient cooperation with neighboring countries, Iranian army chief Bagheri said Monday.

German Chancellor Angela Merkel defended the Iran nuclear deal in an interview with an Israeli TV channel, saying an imperfect deal is better than no deal and that her country will “watch very closely” to ensure it is being fulfilled.

Iran’s central bank has banned the country’s banks from dealing in cryptocurrencies, including Bitcoin, over money-laundering concerns, the state news agency IRNA reported on Sunday as the country tries to halt a currency crisis.

After ownership of Danish company Maersk Oil was taken by the French Total, Iran decided not to give the development of the South Pars field to Total, said Iran’s minister of petroleum on Monday.

Russian Foreign Minister Sergei Lavrov said on Monday he had agreed with his Chinese counterpart that Moscow and Beijing would try to block any U.S. attempt to sabotage the Iran nuclear deal, Russian state news agency TASS reported.

The Iranian Navy commander described the maritime security as a global issue which will guarantee nations’ maritime interests.

The Sixth Iran-Europe Banking and Business Forum is to be held in Tehran on April 28-29 at the five-star Espinas Palace.