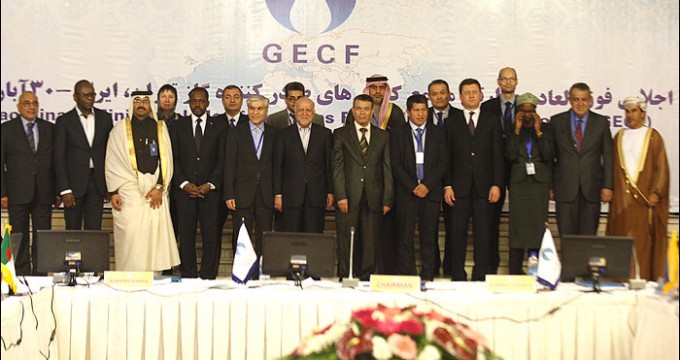 Ayatollah Nasser Makarem Shirazi has condemned the recent terror attacks in Lebanon, Baghdad and Paris, saying that Muslims can easily eliminate the Takfiri groups if they stand united, but the fact is that certain Islamic states support the terrorists.

Director General of the International Atomic Energy Agency Yukiya Amano said that the IAEA has had another eventful year as important developments were made in relation to Iran’s nuclear program.

A majority of Iranians say the nuclear agreement reached by Tehran and the P5+1 group of countries is a good deal and expect improved relations with the West once the agreement is implemented, a new Gallup poll revealed on Thursday.

Iranian researchers have designed a drone capable of flying continuously for 53 minutes every time charged with battery.

Iran has started pumping 10 mcm/d of natural gas from phase 17 development of the massive South Pars gas field, manager of the development project of phases 17&18 said.

Iran’s Ambassador to Germany Ali Majedi stressed deepening economic relations with Europe was a priority for his government, IRNA reported in Frankfurt on Thursday.

The Summit Meeting of the Gas Exporting Countries Forum (GECF) is being held while the energy markets are facing “crucial time”, the forum’s Secretary General Mohmmad-Hossein Adeli said on Saturday.

The Extraordinary Ministerial Meeting of the Gas Exporting Countries Forum (GECF) concluded here on Saturday with the participants anticipating brighter future for the forum and expressing support to further cooperation among the member states.

Alwaght- Iran’s research and development in defense industries in the recent years and in the past have drawn attention of many countries including those with high military capabilities.

The Iranian military command appreciates the effectiveness of the Russian Aerospace Forces’ anti-terrorist operation in Syria, the deputy chief of staff of the Iranian Armed Forces told Sputnik Friday.

Group D leader Iran brushed aside the challenge of US territory Guam 6-0 in a World Cup qualifier on Tuesday.

The drama section of the 34th edition of Fajr International Theater Festival was inaugurated at Tehran’s City Theater Complex on Monday.

Foreign Minister Mohammad Javad Zarif said on Saturday that the two resolutions, issued by the UN General Assembly (UNGA) on the status of human rights should be regarded as ironic.

‘I Am Diego Maradona’ to vie at Spanish Filmfest.

Iranian family drama I Am Diego Maradona, directed by Bahram Tavakoli, will be screened at 53rd Edition of Gijón International Film Festival.The flick is to go on screen in the Main Competition section of the festival which is held on November 21-28 in Gijón, a city in northwest of Spain.

Iranian Deputy Foreign Minister for Arab and African Affairs Hossein Amir Abdollahian said cessation of conflicts is necessary before a political process for resolving the Syrian crisis could begin.

Assad entitled to run for president in Syria: Iran

A senior Iranian official says Syria’s embattled president, Bashar al-Assad, is entitled to run for the presidency in any future election in the war-torn country.

The Syrian Air Force has conducted 114 sorties in less than a week, destroying some 450 terrorist targets in seven provinces, an army spokesperson says.

A high-ranking United Nations (UN) official says the Takfiri Daesh militant group recruited more than 400 children during the first quarter of this year to carry out acts of terror in Syria.