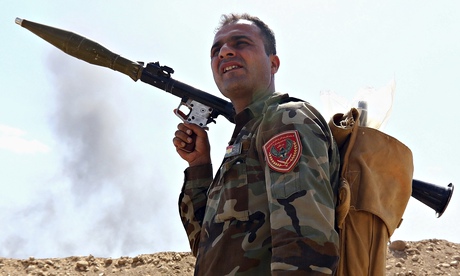 DPA news agency quoted Kurdish Militia fighters as saying warlords  were apprehended on Saturday at Hardan village and that they all appeared to be Saudi Arabian citizens.

Local sources say the Saudi commanders of the ISIS takfiri terrorist group were attempting to sneak into predominantly Kurdish Sinjar District in the northwest of Iraq.

Sinjar city was liberated from ISIS terrorists in the middle of November. The town of Sinjaris located in Iraqi Nineveh Province near the Syrian border approximately 400 kilometers (250 miles) to the north-west of the country’s capital Baghdad, is inhabited mostly with Kurdish Yazidis.

The northern and western parts of Iraq have been plagued by violence ever since ISIS began its terror activities through the Iraqi territory in June 2014. Army soldiers and Popular Mobilization units have joined forces and are seeking to take back militant-held regions in joint operations.

The ISIS terrorists, who currently control areas across Syria as well as northern and western Iraq, have been carrying out horrific acts of violence, including public decapitations, against Iraqi and Syrian communities such as Shiite  and Sunnis Muslims, Christians and ethnic Kurds.

Syrian officials say the US and some of its regional allies, including Turkey, Saudi Arabia and Qatar, have lent staunch support to Takfiri terrorists in the region.