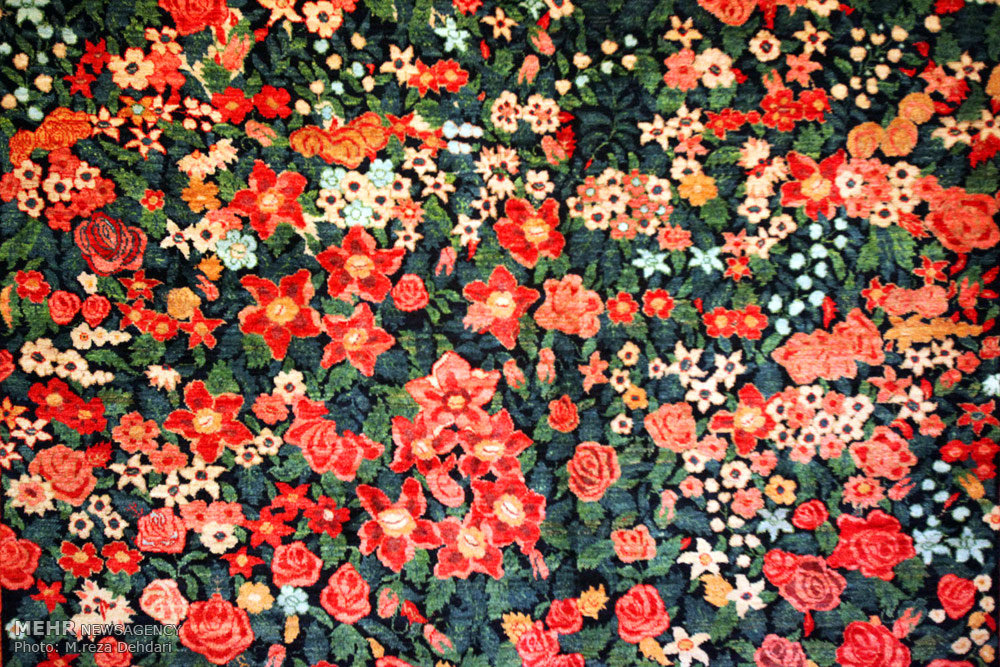 “Iran accounts for more than 30% of global carpet trade and its rivals, including India, Pakistan and Turkey, rank after Iran,” the Persian daily Ta’adol quoted the official as saying on Saturday.

Kargar noted that the Persian carpet is not only a top-ranking global commodity in terms of exports, but is also a brand that draws global attention to its quality, history and diversity.

“In Iran, there are many regions where carpet-weavers produce unique brands of rugs,” Kargar said, highlighting the competitive advantages of Iranian carpet-weavers over their competitors.

Iran has 1 million carpet weavers, of whom 289,000 are active in Isfahan Province. More than 1,000 tons of hand-woven carpets worth $21 million were exported from Isfahan last Iranian year (March 2014-15).

Its handmade rug exports during the period showed an 8% rise compared to the previous year, which, according to Kargar, was “the worst year” in the past decade in terms of Iran’s hand-woven carpet exports.

Although over the past decade, Iran has exported an average of $500 million worth of hand-woven carpets annually, exports of the product dropped to $314 million two years ago due largely to sanctions imposed on Iran for its nuclear energy program.

As part of an act ratified in September 2010, the United States, the biggest buyer of Iranian hand-woven carpets then, imposed a ban on their import among other products.

Before imposing direct sanctions on imports of Iranian hand-woven carpet, the US imported more than $82 million worth of Iranian carpets every year, accounting for 16.5% of Iran’s total annual carpet exports.

“Since 2010, we lost one-fifth of our exports … However, we expect Americans to welcome Persian carpets again because of its unique designs and colors,” Kargar said.

Hopes for regaining lost markets rose among carpet exporters as Iran clinched a historic deal with the world powers, namely France, Russia, China, Britain, Germany and the United States, on July 14 in Vienna to bring a 12-year nuclear standoff to a halt. The Vienna pact caps Iran’s nuclear activities in exchange for the lifting of sanctions in the upcoming months.

With sanctions-relief on the horizon, carpet traders are eying a return to the American market where the demand for this product is still high. According to Kargar, an American trade delegation is set to visit Tehran in late January or February 2016 to discuss purchasing Persian hand-woven carpets.

“The delegation will include traders, carpet researchers, writers and journalists. The visit will mark the beginning of a new chapter in Iran’s hand-woven carpet industry,” he said.

In fact, the industry has already showed signs of improvement as a result of the government’s efforts to improve relations with the world in the past two years since President Hassan Rouhani took office.

More than 5,000 tons of hand-woven carpets worth $330 million were exported last Iranian year, indicating a 2.7% increase in value compared to a year before.

“The increase is a welcome sign,” Kargar said. “However, we expect exports to rise much higher to $500 million a year, once we reenter the American market.”

Besides the United States, carpet traders are also expecting a rise in exports to countries that have recently joined Iranian carpet export destinations.

There are two types of markets for Iranian hand-woven carpet, Kargar points out. The first group includes traditional buyers that have known and imported the product for a long time. European countries led by Germany, some Arab states such as Lebanon along with the United States fall in this category.

On the other hand, China, Russia, South Africa and Brazil among some other countries have started importing since only a few years ago, he says, adding that exports to these markets have also been on the rise.

In order to boost exports, Kargar notes that there are issues besides sanctions that have been holding back the sector in the past few years, which need to be resolved.

High inflation, hike in raw material prices and transportation costs, saturation of traditional carpet markets and a shift in customers taste, according to Kargar, are among those issues.