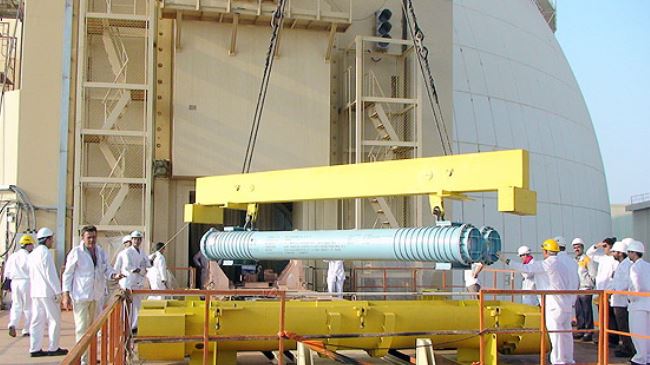 Iran loads fuel to the core of its first nuclear plant

Iran has successfully loaded fuel to the core of Bushehr nuclear power plant on Tuesday morning, the Head of the Atomic Energy Organization of Iran (AEOI) Ali Akbar Salehi announced.

Iran midfielder Ashkah Dejagah has vowed that his team will be going all out to find the net in their final World Cup group game against Bosnia-Herzegovina on Wednesday.

Over 23,000 tourists arrived in Iran in three months

A total of 23,625 foreign tourists arrived in Iran during the first three months of the current Iranian year (started March 21).

National Iranian Tanker Company (NITC) is working with more than 95 percent of its capacity, its managing-director said.

Israeli officials are meeting with American counterparts to urge them not to let Iran benefit from the battlefield successes of an al-Qaeda offshoot in Iraq, an aide in Prime Minister Benjamin Netanyahu’s office said.