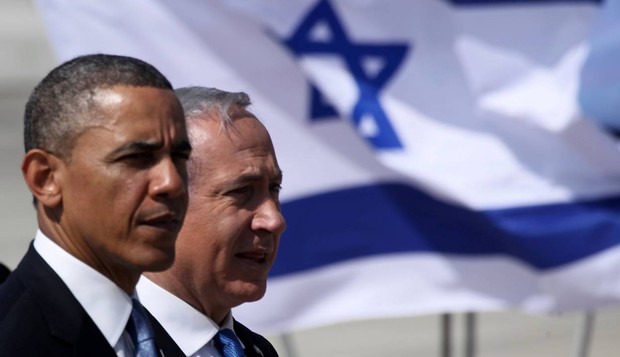 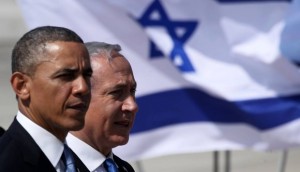 Israeli officials are meeting with American counterparts to urge them not to let Iran benefit from the battlefield successes of an al-Qaeda offshoot in Iraq, an aide in Prime Minister Benjamin Netanyahu’s office said.

The aide provided no details and spoke yesterday by phone on condition of anonymity to discuss confidential diplomacy.

In his first public remarks on developments in Iraq, Netanyahu underscored Israel’s concern that the U.S. might soften its stance on the Iranian nuclear program to seek Shiite Iran’s cooperation in rolling back gains of Sunni Muslim insurgents in Iraq.

“When your enemies are fighting each other, don’t strengthen either one of them. Weaken both,” Netanyahu said June 22 on NBC’s “Meet the Press” program. “I think by far the worst outcome that could come out of this is that one of these factions, Iran, would come out with nuclear weapons capability. That would be a tragic mistake.”

Israel has urged the U.S. and its allies to keep pressuring Iran with sanctions until it agrees to end any nuclear enrichment, a process that has both civilian and military applications. Iran and world powers are trying to reach a final nuclear deal by July 20, and are due to meet again in Vienna next week. The Iranian government denies it seeks to produce atomic weapons.

Secretary of State John Kerry, who flew to Baghdad yesterday to consult with Iraqi leaders, said this month the U.S. “is open to discussions if there’s something constructive that can be contributed by Iran.” Iran has deployed units from its elite Revolutionary Guard Forces to Iraq to join the fight against the rebel Islamic State in Iraq and the Levant, the BBC reported this month.

“The military intelligence sources I know look at the ISIL as a crucial threat to the whole region, including Israel, with its success encouraging jihadist and al-Qaeda groups, including those facing us on the Syrian border,” Maoz said.

Israel should understand the tough decisions the U.S. faces in Iraq, “where the choice seems to be between cholera and the plague,” he said.

Recent ISIL gains include the capture of the Traibil crossing point with Jordan and the Al-Waleed entry into Syria, according to Hameed Ahmed Hashim, a member of the provincial council in the Iraqi province of Anbar near the frontier. He denied reports on state-run Iraqiya television that the army had retaken the positions.

While any destabilization of neighboring Jordan would be another potential source of concern, former Israeli military intelligence officer Mordechai Kedar says that threat can be contained.

“It is doubtful that the ISIL could ever run a state, or pose a real strategic threat to any stable state that it is actually functioning as such, be it Jordan or Israel,” he said.

ISIL shares a radical Sunni Islamic theology with other militant groups already in direct conflict with Israel, including Salafist cells in the Gaza Strip and Egypt’s Sinai Peninsula that Israeli officials say have launched rockets and staged cross-border attacks on Israel. Israel also suspects that al-Qaeda-linked groups among the rebels fighting in Syria have taken part in recent attacks on Israel’s northern frontier.

“Israel is one of the ISIL’s targets, no doubt about it,” said Kedar, now a lecturer in Arabic studies at Bar-Ilan University in Ramat Gan, Israel. “They talk about this clearly and explicitly, and we have to take their threats seriously.”

While the dangers of spillover from the ISIL success and the growing regional instability are serious, they aren’t the main threats, said Gerald Steinberg, a political science professor at Bar-Ilan University in Ramat Gan. “An American-Iranian alliance against ISIL, as long as Iran pursues nuclear weapons, is perceived as far more dangerous.”