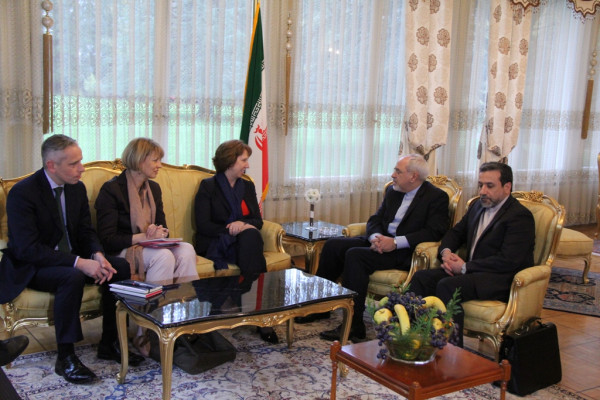 Zarif-Ashton meeting kicks off in Geneva

Iran’s top nuclear negotiator, Mohammad Javad Zarif, and the EU foreign policy chief, Catherine Ashton, who represents the six world powers in talks with Iran, met in Geneva minutes ago to tie up a few loose ends before the new round of talks between the two sides.

Michael Mann, spokesman of EU foreign policy chief Catherine Ashton, underlined that the little gap between the last and the present rounds of talks between Iran and the world powers in Geneva shows the seriousness of the negotiating sides.

Supreme Leader: Iran to give crushing, unforgettable response to aggressors

Supreme Leader of the Islamic Revolution Ayatollah Seyed Ali Khamenei warned Iran’s enemies to avoid even thinking of any aggressive move against the country, stressing that the Iranian Armed Forces are ready to give such a crushing response to any threat that aggressors will never forget.

Sharif Sat ready to be launched

Sharif Sat, designed and made by Sharif University of Technology will be delivered to Aerospace Agency.

As senior diplomats representing Iran and the G5+1 (the five permanent UN Security Council members plus Germany) are preparing to start a fresh round of nuclear talks in Switzerland, there are speculations that foreign ministers of the six world powers might fly to Geneva later.

Iran and Pakistan voiced their countries’ enthusiasm for the further expansion of the bilateral ties in all domains, particularly in security affairs.

Iranian Supreme Leader Ayatollah Ali Khamenei said on Wednesday Tehran wanted friendly ties with all countries, including the United States, on the day Iran begins a new round of talks with world powers on its disputed nuclear program.