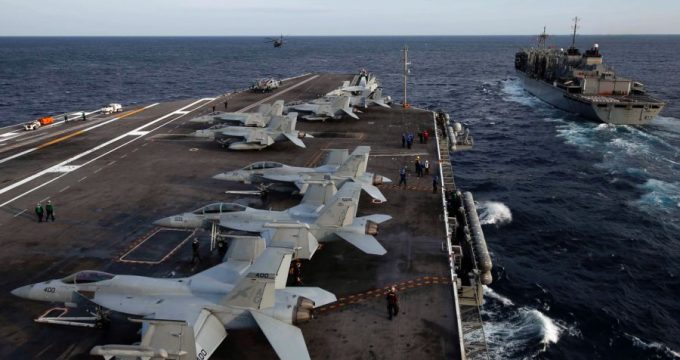 Iran’s coverage: British FM warns about ‘risk of conflict’ between US, Iran

Britain’s Foreign Minister Jeremy Hunt warned on Monday of the risks of an unintended conflict between the United States and Iran over the unraveling nuclear deal.

The foreign ministers of France, Germany, and the UK are to meet in the EU headquarters in Brussels later on Monday to discuss Iran’s recent decision to stop implementing parts of its commitments under the 2015 nuclear deal.

Iranian President Hassan Rouhani said on Sunday that a correct decision by a minister or official can influence the country, neighboring states in the region and help promote regional peace and security.

A US Department of State official said Sunday that US Secretary of State Mike Pompeo has canceled his trip to Moscow but will meet with Russian President Vladimir Putin and Russian Foreign Minister Sergei Lavrov in Sochi, according to Reuters.

National gets 10 years prison term for spying charges for UK

Judiciary spokesman Gholam-Hossein Esmaeeli said on Monday that an Iranian national got a 10-year prison term over spying charges for UK.

Germany is working on maintaining a legal channel for trade with Iran, a government spokesman said on Monday, after Iran last week eased curbs on its nuclear program and threatened moves that might breach a 2015 international nuclear pact.

Foreign Ministry spokesman Abbas Mousavi on Monday expressed concern about explosion at the Oman Sea affecting the oil tankers, calling for clarifying dimensions of the sabotage on some oil tankers.

Spokesman of the Atomic Energy Organization of Iran (AEOI) Behrouz Kamalvandi announced that his country has started implementation of measures as ordered by President Rouhani to modify Tehran’s obligations under the 2015 nuclear deal after the Europeans’ breach.