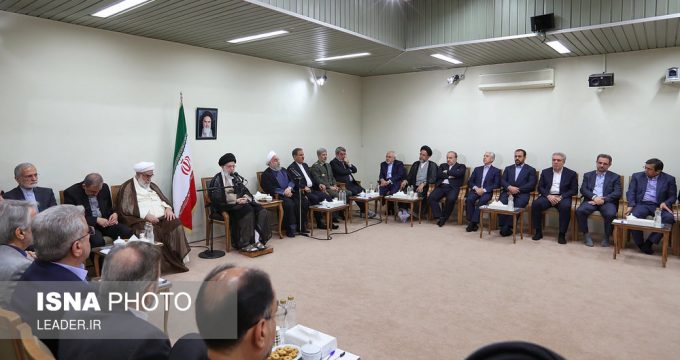 Leader of the Islamic Revolution Ayatollah Seyyed Ali Khamenei has warned that Iran will leave the 2015 nuclear deal it signed with six world powers if it fails to serve its interests.

Iranian Foreign Minister Mohammad Javad Zarif in a message reminded the world of Iran ever peaceful attempts in terms of nuclear issues.

The second round of hearing session of the lawsuit Iran has filed with the International Court of Justice (ICJ) against the US began on Wednesday in the Hague Court where Iran has 90 minutes to make its case.

Iranian President Hassan Rouhani blamed US plots against the Islamic Republic for recent economic problems facing the country and said the Iranian nation will foil the conspiracies through their resistance and unity.

Iran’s Intelligence Minister Mahmoud Alavi has confirmed a former Israeli energy minister arrested by the Israeli regime for espionage had been working for Iran.

Iraq will send a delegation to the United States to seek an agreement on financial transactions with Iran following Washington’s reimposition of sanctions on Tehran, Prime Minister Haider al-Abadi said on Tuesday.

Iran, UNICEF sign document on mine clearance at Iran-Iraq border

Iranian interior minister has signed the second cooperation document with the UNICEF to demine the border areas between Iran and Iraq.

Complaint against US to prove Iran’s legitimacy; Hague’s ruling not binding

Iranian Deputy Foreign Minister for Political Affairs Seyed Abbas Araghchi, stressing that The Hague’s ruling is not legally binding, said Iran’s complaint against US was simply aimed at proving our legitimacy to the international community.

Iranian Foreign Ministry Spokesman Bahram Qassemi has dismissed a media report that claims the French government has asked its diplomats to refrain from taking unnecessary trips to Iran, saying he has not heard the news from any reliable source.

Iran’s LPG shipments loaded, or due for lifting, in August rose by 84,000 mt versus July to around 568,000 mt, the highest since the previous Western sanctions for its nuclear program were lifted in January 2016, fixtures from shipping sources showed recently.