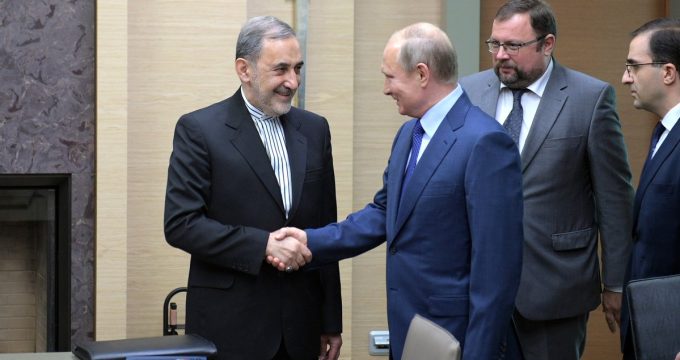 A senior Iranian official has conveyed a message from Leader of the Islamic Revolution Ayatollah Seyyed Ali Khamenei to Russian President Vladimir Putin during a meeting in Moscow.

Oil cooperation between and Russia can be boosted to some $50 billion and Moscow has expressed readiness to make this investment, said Iranian Leader’s senior adviser Ali Akbar Velayati on Thursday.

Mitsubishi UFJ Financial Group Inc (MUFG), which is considered the biggest bank of Japan, will stop all transactions related to Iran in compliance with the re-imposing of US sanctions against Tehran, Reuters reported on Thursday.

Israeli Prime Minister Benjamin Netanyahu said on Wednesday he had a very important meeting with Russian President Vladimir Putin and told him that his country is against any presence of Iran in Syria.

Dispatched envoys’ meetings aim to warn against US dangerous moves

Foreign Ministry Spokesman Ghasemi said the recent trips of Iranian special envoys to different countries across the world aim at “spelling out the dangerous and incalculable effects of US unilateral decisions for others.”

Abbas Amir-Entezam, former spokesman and deputy of former prime minister Mehdi Bazargan in 1979, died on Wednesday morning at the age of 86.

Serious signs have appeared in Iran that show the country’s volatile foreign currency market is already heading toward stability.

An Iranian lawmaker claims the Saudis have sent agents to Iran to collect some 3.5 million gold coins from Iran and transfer them to Iraq in a bid to disrupt the Islamic Republic’s economy.

Iranian President in a letter to his Indonesian counterpart, invited him to attend the Asia Cooperation Dialogue (ACD) scheduled to be held in Iran in 2018.