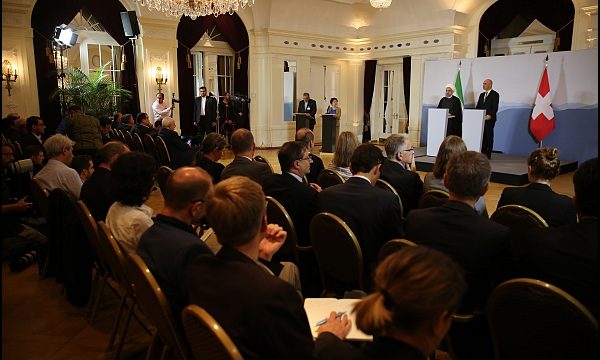 Iranian President Hassan Rouhani has lashed out at certain American officials for threatening to stop Iran’s oil exports, saying they would never be able to carry out such a threat.

Iranian Foreign Minister Mohammad Javad Zarif referred to the US crime to shoot down Iranian passenger plane, and said that the US has always targeted civilians.

World must be vigilant against future genocides: Iran UN envoy

Iran says the international community must be vigilant towards halting future mass killings and genocides.

Sweden’s permanent representative to the UN says Iranian President Hassan Rouhani’s visits to Switzerland and Austria as two European states would be effective in augmenting mutual understanding and Saving the JCPOA.

Russian Railways has begun works on the electrification of a railway line in Iran, the company said.

Two declarations of scientific and health cooperation and a road transport cooperation agreement were signed between the two countries in the presence of the presidents of Iran and Switzerland.

Foreign ministers from Iran anifd five world powers will meet in Austrian capital Fri. to try to save the JCPOA amid increasing US threats.