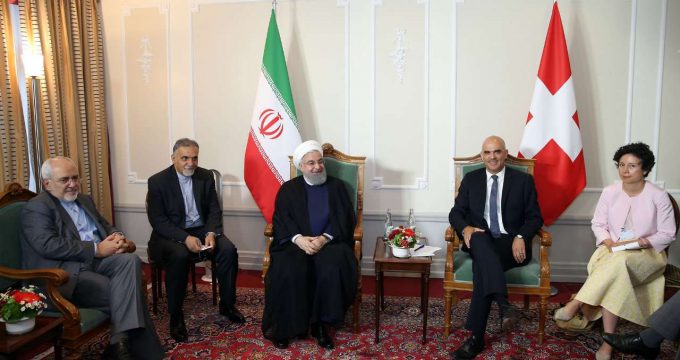 “With President Rouhani and business delegation on a visit to [Switzerland], our long-time friend and partner. Important meetings between the presidents, between myself and my counterpart, and between private sectors. We share a commitment to #JCPOA and will continue to consult on our region,” Zarif wrote on his Twitter account on Tuesday.

Earlier, Head of the Department of Foreign Affairs of Switzerland, Ignazio Cassis in a message hailed holding meetings with Iranian President Hassan Rouhani and FM Zarif.

President Rouhani, leading a high-ranking politico-economic delegation, arrived in Zurich of Switzerland on Monday upon the official invitation by his Swiss counterpart Alain Berset.

In a meeting with a group of Iranians residing in Switzerland, President Rouhani called Iranian expatriates as ambassadors of the Iranian nation, urging them to help their compatriots inside the country by expressing the realities and making investments.

In Austria, President Rouhani is scheduled to meet with top Austrian officials and sign several agreements on cooperation in various areas.