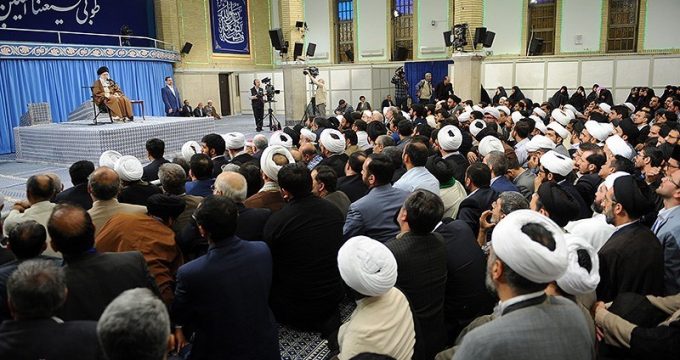 The most urgent needs of the Muslim world are ‘unity’ and ‘serious move toward progress in different sciences’, said Supreme Leader of the Islamic Revolution in a meeting with the participants of the International Congress on the Role of the Shia School in the Emergence and Development of Islamic Sciences on Saturday.

President Rouhani met with the foreign minister of Turkmenistan and stressed that, “The Islamic Republic of Iran is determined to deepen ties with all neighbours, including Turkmenistan as a friend and brother country”.

Highest-ranking military commanders of Iran and Bolivia in a meeting in Tehran weighed plans for enhanced defense cooperation between the two countries.

Foreign Ministers of Iran and Turkmenistan met and conferred about bilateral, regional and international issues in the Iranian capital on Saturday.

In a letter to UN Secretary-General Antonio Guterres, Iran has condemned the Israeli regime for assisting terrorists in Syria.

Russian President Vladimir Putin and German Chancellor Angela Merkel have reaffirmed their commitment to preserving a 2015 landmark nuclear agreement despite the US move to pull out of it, the Kremlin says.

No Iranian killed in Israel attack on Syria: Informed source

No Iranian has been killed in the Zionist regime’s recent attack on Syria, an informed source said on Saturday.