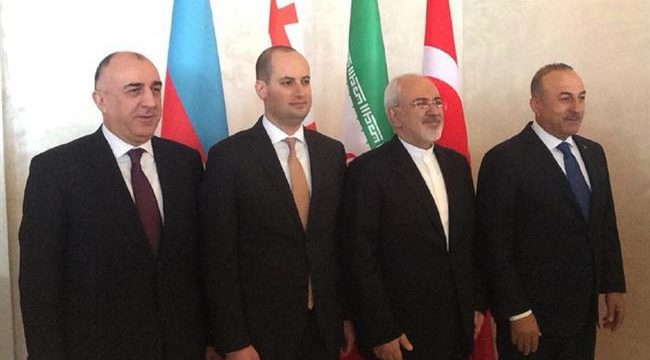 Quadripartite meeting between the foreign ministers of Iran, Georgia, Turkey and Azerbaijan kicked off in this Azeri capital on Thursday.

Supreme Leader of the Islamic Revolution Ayatollah Seyyed Ali Khamenei on Thursday received members of the Assembly of Experts.

Interior ministers of Iran and Singapore placed special emphasis on the necessity of cooperation of the two countries in dealing with drug trafficking.

Defense authorities of the two countries of Iran and Turkey held a joint meeting on Thursday in Turkey and stressed for importance of strengthening mutual defense and military relations.

Iran’s media say the country’s national airline Iran Air has signed an agreement with a Chinese company to provide funding for the company’s plane purchase campaigns – most notably those pursued with Airbus and Boeing.

Iran’s Assembly of Experts stressed the need for constant boost to the country’s defense capabilities, dismissing any negotiations on its missile program.

Leader of the Islamic Revolution Ayatollah Seyed Ali Khamenei dismissed the notion that Iran has started the ongoing feud with adversaries, saying the enemies have launched an onslaught to counter the Islamic Republic’s existence and goals.

Man sentenced to 25 years in prison in Iranian missile case

A dual citizen of Iran and the United States has been sentenced to 25 years in prison for attempting to buy surface-to-air missiles and aircraft components for the Iranian government in violation of U.S. sanctions.

Iranian Foreign Ministry Spokesman Bahram Qassemi expressed the hope that France would adopt a more realistic approach towards the regional issues after the recent visit by top diplomat Jean-Yves Le Drian to Tehran.