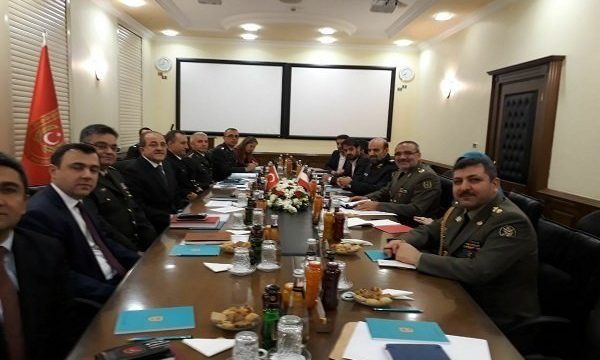 MNA – Defense authorities of the two countries of Iran and Turkey held a joint meeting on Thursday in Turkey and stressed for importance of strengthening mutual defense and military relations.

In the meeting, attended by Iran’s Deputy Minister of Defense Mohammad Ahadi and Turkish Deputy Chief of Staff General Umit Dundar, the two sides placed special emphasis on promoting bilateral military ties which will lead to preserving regional peace, stability and security to a great extent.

The two officials also underlined the significance of respecting the territorial integrity of the regional countries and protecting their national sovereignty as well.

During his stay in Turkey, Ahadi along with accompanying delegation visited several defense and industrial units of this neighboring country.