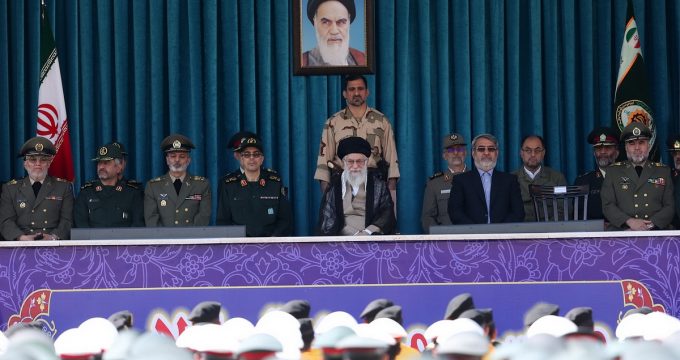 Iran will respond to any ‘wrong move’ on JCPOA: Leader

Leader of the Islamic Revolution Ayatollah Seyyed Ali Khamenei has warned that Iran will stand on its “honorable and dignified positions” regarding its nuclear accord with the P5+1 group of countries, known as the Joint Comprehensive Plan of Action (JCPOA), and respond to any “wrong” move.

President Rouhani off to New York to attend 72nd UNGA

The Spokesman of Iran’s Ministry of Foreign Affairs, Bahram Ghasemi, condemned the latest remarks of Saudi and British FMs.

Forty tons of Iran’s relief aid has reached the Bangladesh border with Myanmar, where tens of thousands of Rohingya Muslims are stranded after fleeing what has been called “a textbook example of ethnic cleansing” by the UN.

Prices for light crude of Iran climbed by more than one dollar to be traded at 53 dollars per barrel in the week leading to September 08.

Iran MPs urge action after US ban on aircraft sales

Senior Iranian lawmakers have called for action after the US House approved new measures on Wednesday that block the sales of commercial aircraft to the Islamic Republic.

Heading to NY, Iran’s president ‘invites’ the US to dinner

Iran’s president says he is “inviting” the U.S. to dinner as he heads to New York for the U.N General Assembly.

Secretary of Iran’s Supreme National Security Council (SNSC) Ali Shamkhani warned that referendum for independence in the Iraqi Kurdistan region will have dire impacts on ties with the neighboring states.