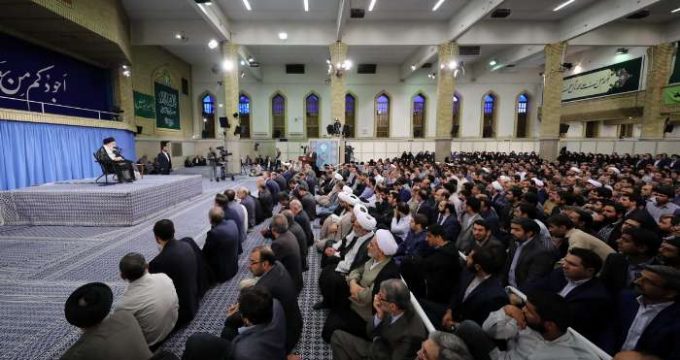 Leader of the Islamic Revolution Ayatollah Seyyed Ali Khamenei says defending the nation of Palestine is tantamount to defending the truth, not simply defending an oppressed nation that has been driven out of its home.

Iran’s Airtour Airlines has signed a memorandum of understanding (MoU) for 45 Airbus A320neo aircraft, Airbus said on Thursday, in a deal unveiled at the Paris Airshow.

Iran has begun exporting gas through a pipeline to Baghdad under a deal set to make Iraq the Islamic republic’s top customer, the oil ministry said.

Iran’s ambassador to the UN called for stronger coordinated approach between the Afghan government, donors and the United Nations, adding that deteriorating security in Afghanistan has its deeper roots and cannot be addressed solely through military buildup.

Iranian Parliament Speaker Ali Larijani has warned about bids to break up Iraq, saying the Arab country’s partitioning serves the interests of Israel.

Over 170 terrorists killed in Iran’s missile attack on Daesh: IRGC

General Staff of the Iranian Armed Forces referred to the Palestinian issue as a major factor boosting Muslim nations’ unity and a symbol of their campaign against arrogant powers, calling on all “freedom-seekers” to take part in the upcoming worldwide rallies marking the Quds Day.

Global backing for Iran in FATF meeting in Spain

Support for Iran in the meeting of Financial Action Task Force on money laundering (FATF) in Spain was unprecedented and Washington was not able to ally countries with itself to forge consensus against the Islamic Republic, an informed source says.