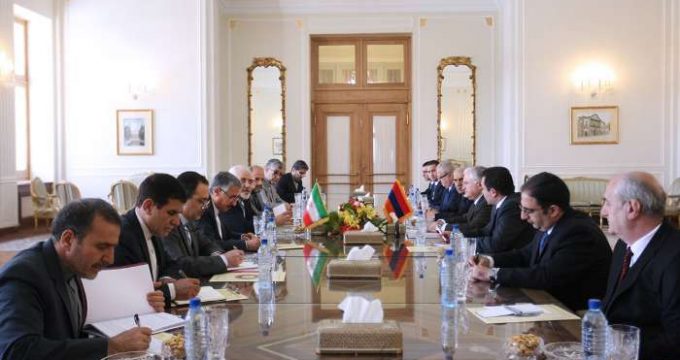 Iranian Foreign Minister Mohammad Javad Zarif blasted the US for procrastinating implementation of the nuclear deal with Tehran, and called on Washington to take serious steps in this regard.

US main supporter of terrorism in Middle East: Iran

Iran says the US is the largest supporter of Daesh and other terrorist groups in the Middle East and around the globe.

Leader of the Islamic Revolution Ayatollah Seyyed Ali Khamenei says Iran’s primary problem is its economy, for which the country should find a solution.

An executive director of Austria’s OeKB met and talked with Iran’s economy minister on the sidelines of the annual meeting of OFID’s Ministerial Council in Vienna.

Secretary of Iran’s Supreme National Security Council (SNSC) censured the US for leveling accusations of sponsoring terrorism at Iran, describing it as a stark reminder of Washington’s dual approaches to dealing with terrorism.

Iranian Ground Force Commander Brigadier General Ahmadreza Pourdastan underlined on Sunday that his country is serious about fighting ISIL and nips terrorist threats in the bud outside its borders.

Iranian Foreign Minister Mohammad Javad Zarif voiced the country’s readiness to make whatever effort necessary for peace and security across the region.

Leader of the Islamic Revolution Ayatollah Seyed Ali Khamenei warned against continued hostilities of the US government toward the Iranian nation and called on the country’s officials not to be passive in the face of Washington’s antagonistic moves.