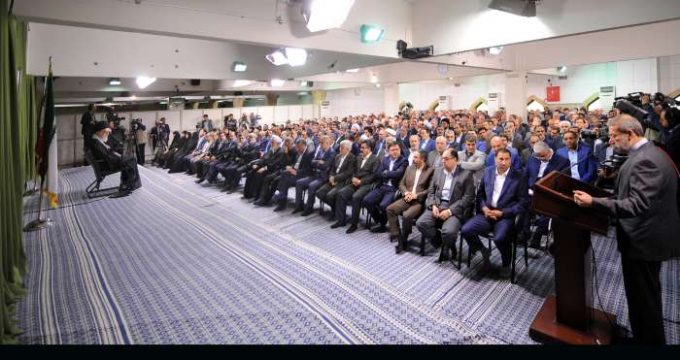 Leader of the Islamic Revolution Ayatollah Seyyed Ali Khamenei says Iran’s primary problem is its economy, for which the country should find a solution.

The Leader has already asked state officials to work on developing an “economy of resistance” in the face of foreign restrictions, centered on domestic production.

“We have to look at each government move in the economic field and see where it lies at the chart of the ‘economy of resistance’,” Ayatollah Khamenei said in Tehran on Sunday.

The government has seen a steady trickle of foreign delegations into Iran since the country reached a nuclear agreement in July, but critics say the deal has had little dividends so far.

“Economy is the main issue in the country and we have to solve it,” Ayatollah Khamenei told a group of Iranian lawmakers.

“Domestic production is the cure for recession while creating jobs is important,” said the Leader.

“The shame this humble body of mine feels on seeing an unemployed youth go home empty handed is no less than his,” he added.